Students aged 9-13 in Wolverhampton and across the West Midlands have been voting for their favourite titles in the Wolverhampton Children’s Book Award 2020. Based on their votes, we are excited to announce the shortlist of the six most popular children’s books released in 2020. This year’s shortlisted titles are: 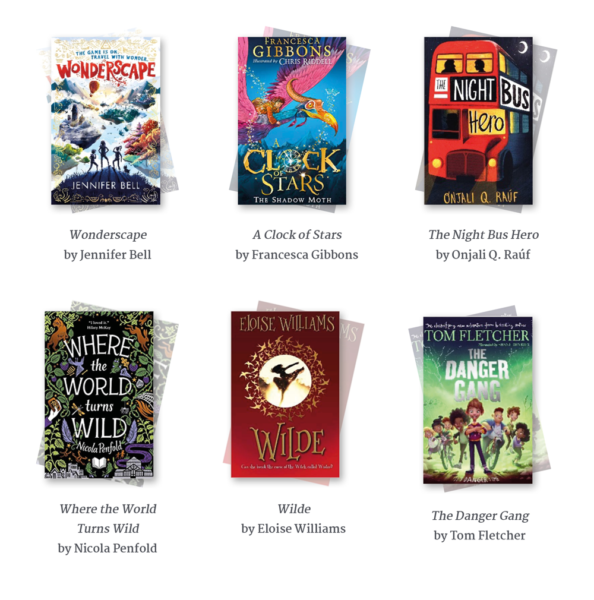 Born in 1985 in London, Jennifer Bell studied Film at the University of Kent. She worked at Foyles bookshop on the Charing Cross Road, and during her lunch breaks she wrote her debut novel, The Crooked Sixpence, the idea for which came whilst she was packing for a holiday and wished she could disappear into her suitcase and be already there. Comprising The Crooked Sixpence, The Smoking Hourglass, and The Frozen Telescope, Jennifer’s series of Uncommoners books takes place in Lundinor, a setting inspired by sayings from traditional nursery rhymes.

In Wonderscape, Arthur, Ren and Cecily investigate a mysterious explosion on their way to school, only to find themselves trapped aboard The Principia, a scientific research ship sailing through hazardous waters, captained by one Isaac Newton. Lost in the year 2473 in the Wonderscape, an epic in-reality adventure game, they must call on the help of some unlikely historical heroes to play their way home before it is too late.

Born in London in 1985, Tom Fletcher is one of the UK’s bestselling authors for children. Having written The Dinosaur That Pooped series of picture books with his McFly bandmate Dougie Poynter, Tom’s hugely popular and successful solo books include The Christmasaurus, The Christmasaurus and the Winter Witch, and The Creakers.

In The Danger Gang, Franky cannot wait to move to his new town – although he wishes he did not have to leave his best friend behind. But everything changes after the storm, when strange green lightning and powerful thunder crash down on the town, causing the kids who live on Franky’s Street to change. One by one, they become a little odd. A little unusual. A little magical. Franky has always wanted to be part of an amazing gang – just like his hero, super spy Zack Danger! And soon, he realises that real danger is lurking all around. And so the Danger Gang is born!

Growing up in Staffordshire, Francesca Gibbons read English at the University of Bristol. She worked as a copywriter at a marketing agency before leaving to focus on her career as a children’s author. Inspired by the gardens she visited as a child, and her love of folklore and monsters, her debut novel, The Shadow Moth, is the first book in her Clock of Stars trilogy.

In A Clock of Stars: The Shadow Moth, Imogen should be nice to her little sister Marie. She should be nice to her mum’s boyfriend too. And she certainly should not follow a strange silver moth through a door in a tree. But then, who does what they are told? Followed by Marie, Imogen finds herself falling into a magical kingdom where the two sisters are swept up in a thrilling race against time – helped by the spoiled prince of the kingdom, a dancing bear, a very grumpy hunter, and even the stars above them. 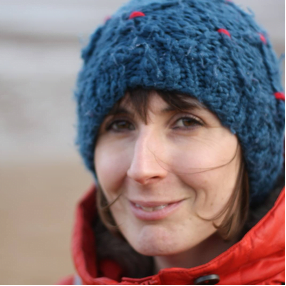 Born in Merseyside and growing up in Doncaster, Nicola Penfold read English at Cambridge University before completing a Computing Science masters at Imperial College London. Greatly inspired by Enid Blyton’s Famous Five books, Nicola’s Where the World Turns Wildwas shortlisted under a different title for the inaugural Joan Aiken Future Classics Prize in 2017.

In Where the World Turns Wild, Juniper Greene lives in a walled city from which nature has been banished, following the outbreak of a deadly human made disease many years earlier. Whilst most people seem content to live in such a cage, she and her little brother Bear have always known about their resistance to the disease, and dream of escaping into the wild. To the one place humans have survived outside of cities. To where their mother is. When scientists discover that the siblings provide the key to fighting the disease, the pair must flee for their lives. As they journey into the unknown, they soon learn that there is cruelty in nature as well as beauty.

Born in 1981 of Bangladeshi heritage, Onjali Q. Raúf is a bestselling author and founder of Making Herstory, an organisation mobilising men, women and children from all parts of society to tackle the trafficking and abuse of women and girls in the UK and beyond. Onjali’s debut novel, The Boy at the Back of the Class, won both the Waterstone’s Children’s Prize and the Blue Peter Award, whilst her second book, The Star Outside My Window, was shortlisted for the inaugural Diverse Book Awards.

In The Night Bus Hero, Hector is the school bully. Convinced that his cringey parents do not care for him, he devotes his time to being mean to the other kids and forcing them to give him sweets. This meanness extends to his behaviour towards a local homeless man, Thomas, for taking up space in a park. When a spate of London landmark sculptures are stolen, Hector is convinced that Thomas is involved and reports him to the police, before quickly realising he has got it horribly wrong. With the help of a schoolmate he has always despised, Hector races against time to ensure that justice is done, but that is not the only thing he needs to change. 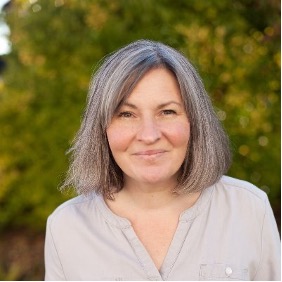 In Wilde, the eponymous central character is afraid that strange things are happening around her. Are the birds really following her? Moving to live with her aunt only seems to make matters worse, despite Wilde being desperate to fit in at her new school. But in a fierce heatwave, in rehearsals for a school play telling the local legend of a witch called Winter, ‘The Witch’ starts leaving pupils frightening curse letters. Can Wilde discover what is happening before everybody blames her? Or is she destined to remain the outsider?

Complete the form below to vote for your winner:

In collaboration with AuthorsAloudUK, the shortlisted authors will be invited to attend a virtual award ceremony in July. If your school would like to join this event, then please contact Zoe Rowley: zer@wgs-sch.net