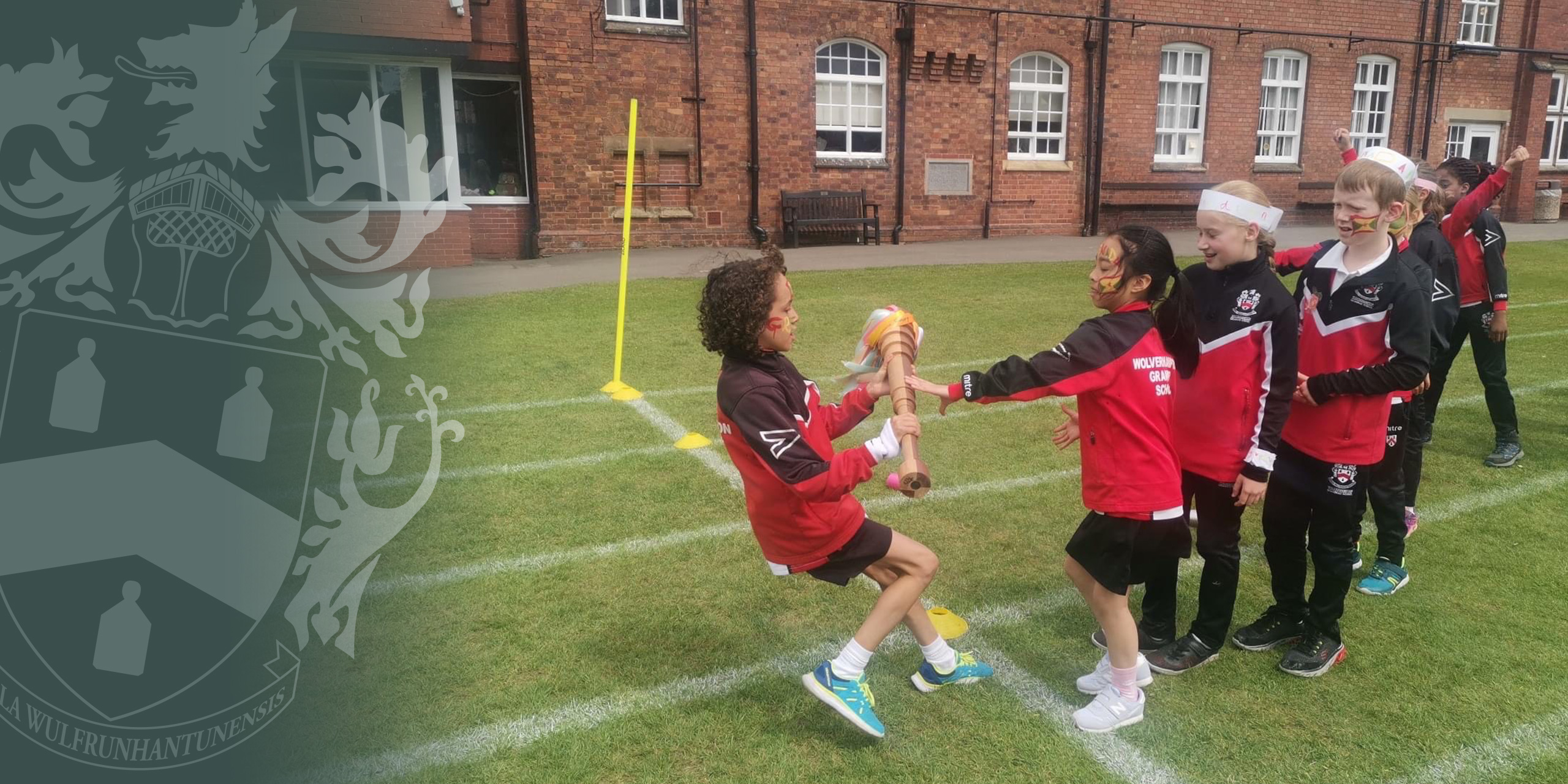 As the Commonwealth Games Torch travels around the Commonwealth before its arrival in Birmingham for the start of the Games on 28th July, the Wolverhampton Community Games has been generating excitement closer to home.

The Community Games involves schools across Wolverhampton. Each one was assigned a Commonwealth country to represent, and they all took part in the Wolverhampton Community Games baton relay earlier this term. The baton began its journey from West Park and arrived at School on Monday 23rdMay when it was handed over to our Year 6 House Captains by students from Wolverhampton Girls’ High.

Our nominated country was Grenada and along with learning about the Commonwealth Games, students also learnt more about this small eastern Caribbean island country. Upon receiving the baton our Junior School pupils celebrated in style on Moreton’s Piece, our Music Scholars played the national anthem of Grenada and students joined in a celebratory dance to Grenadian music before every Junior School pupil took part in their own baton relay. To add to the excitement of the day, ITV Central News were on campus and they interviewed some of the students and staff including Year 10 student, Estherjoy, who is half Grenadian and was colourfully dressed in her country’s national colours.

Following the Junior School baton relay, members of Year 8 ran a full circuit of the athletics track before the baton moved from ‘Grenada’ and on to ‘Nigeria’ represented by Merridale Primary School.

These early celebrations have generated a huge buzz ahead of the real Games in the summer and we are delighted to learn that Lucie Halford in Year 8, has been selected as an official baton-bearer for the 20222 Games after she was nominated by the School for her gymnastic and academic achievements. Good luck Lucie!

Take a look at some of the photos from when the Wolverhampton Community Games Baton came to WGS. 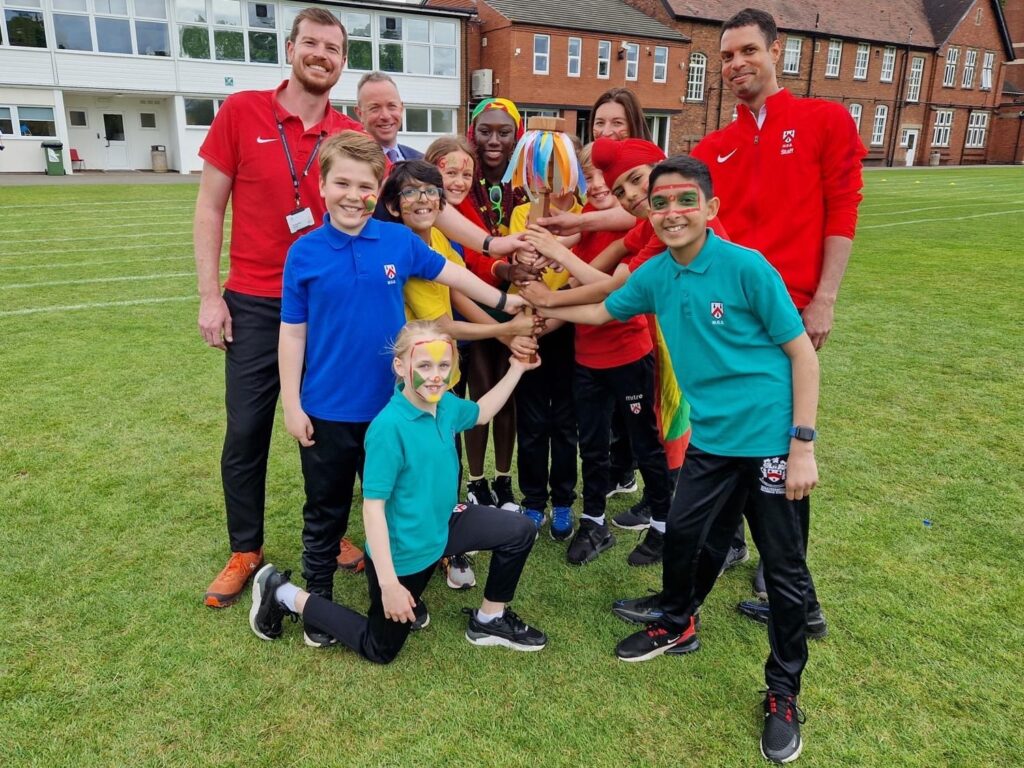 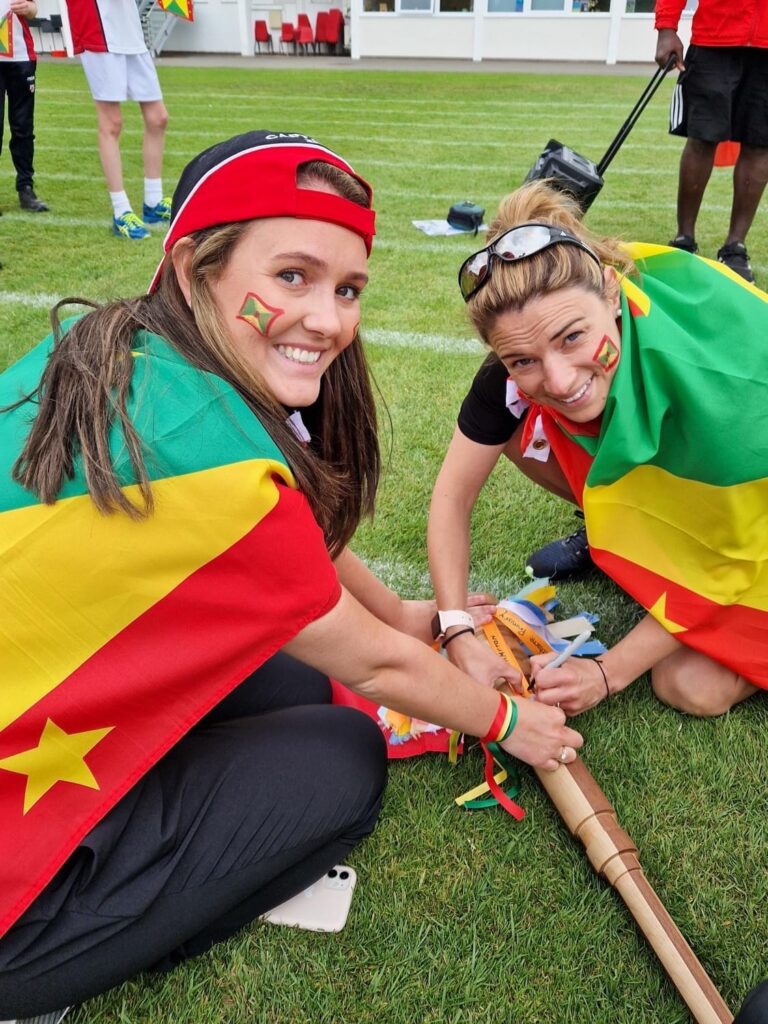 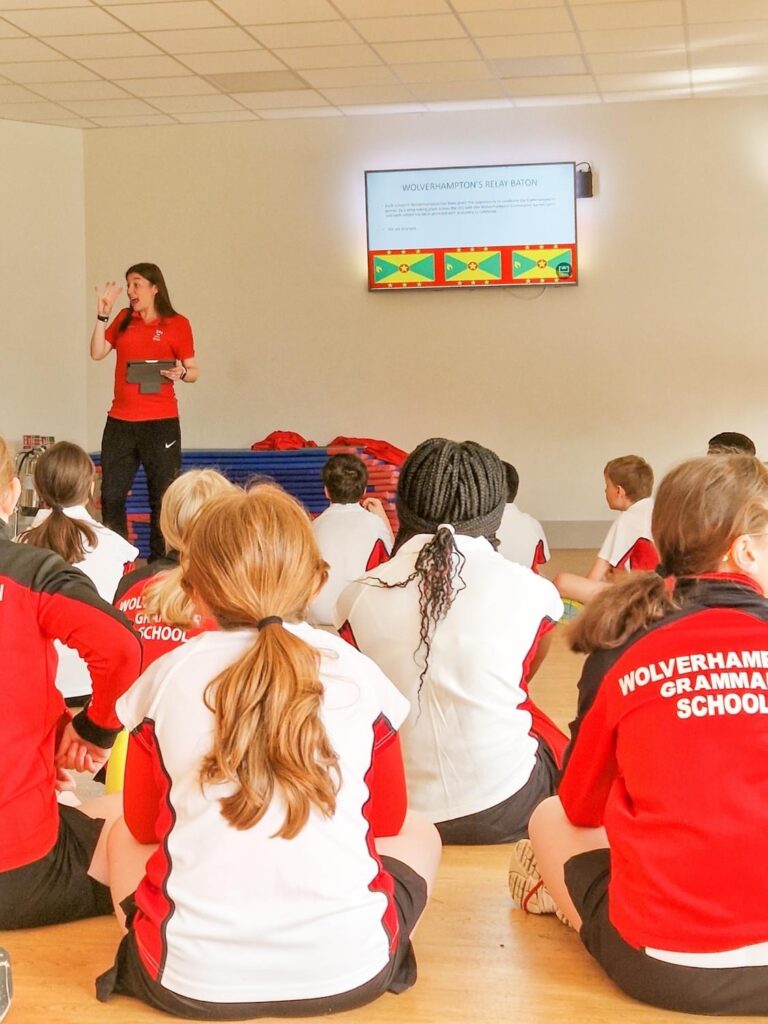 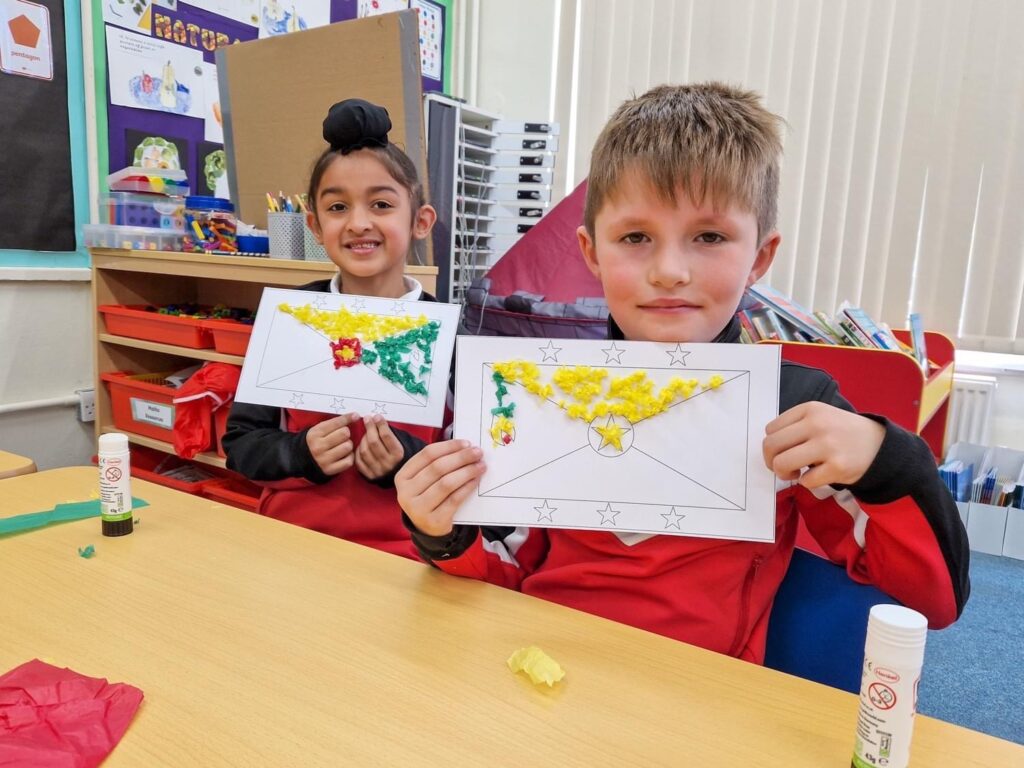 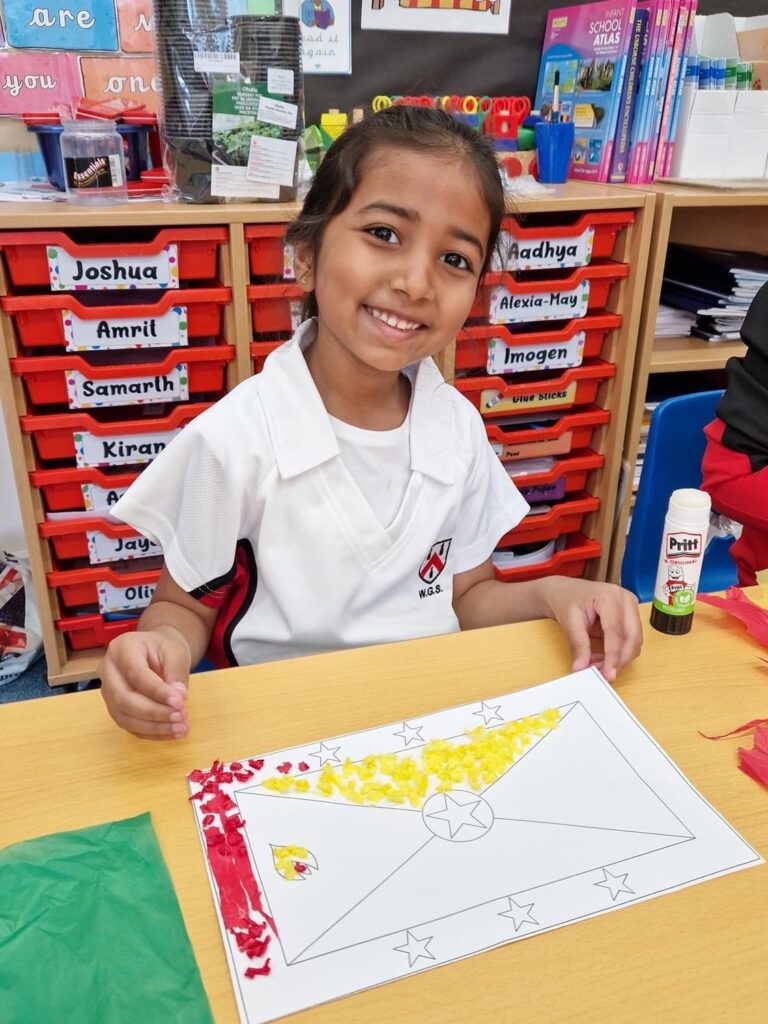 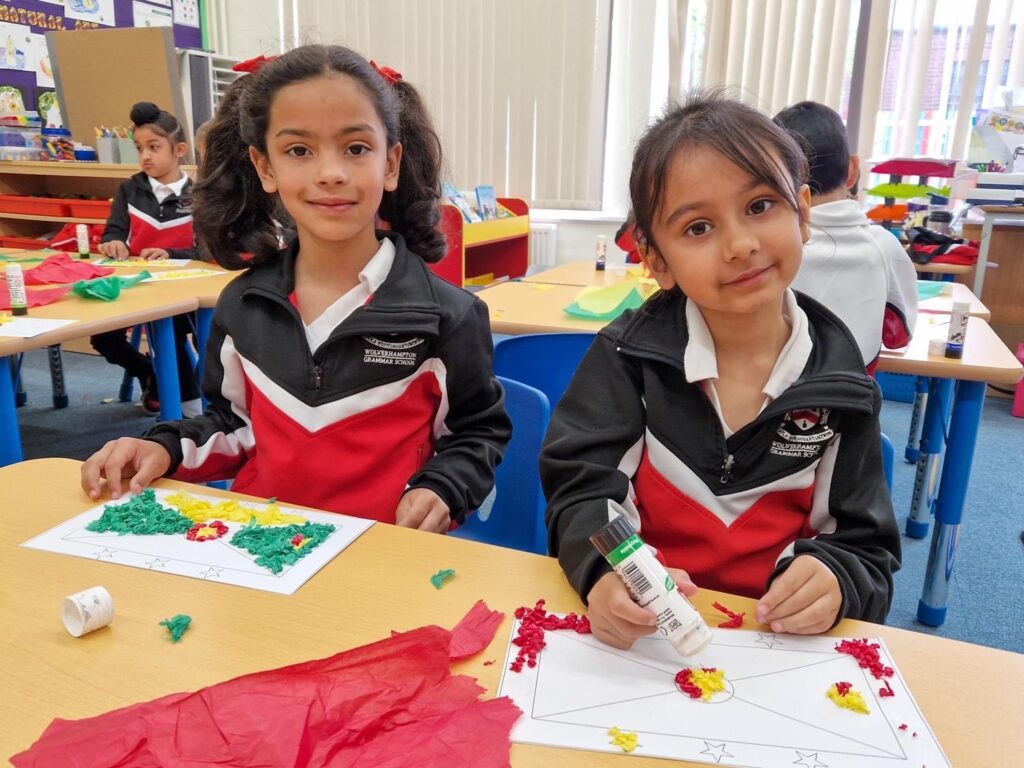 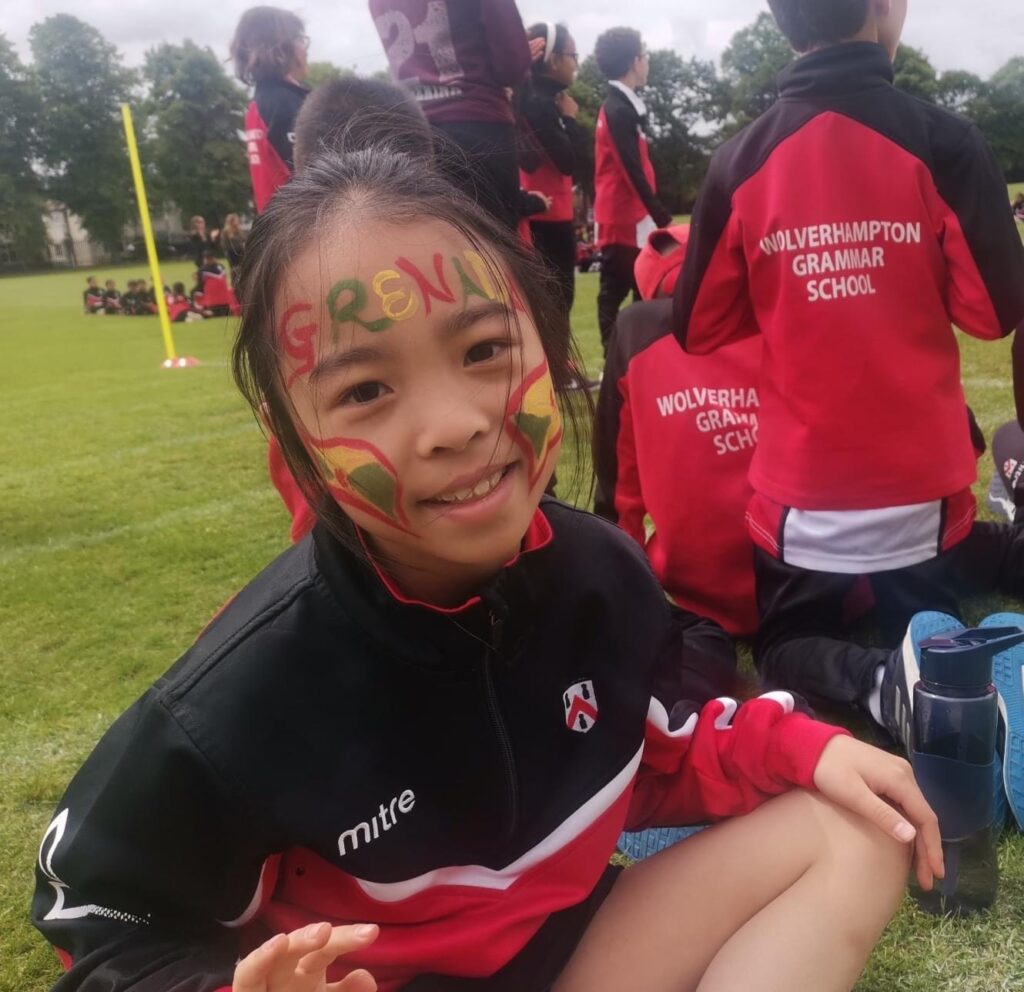 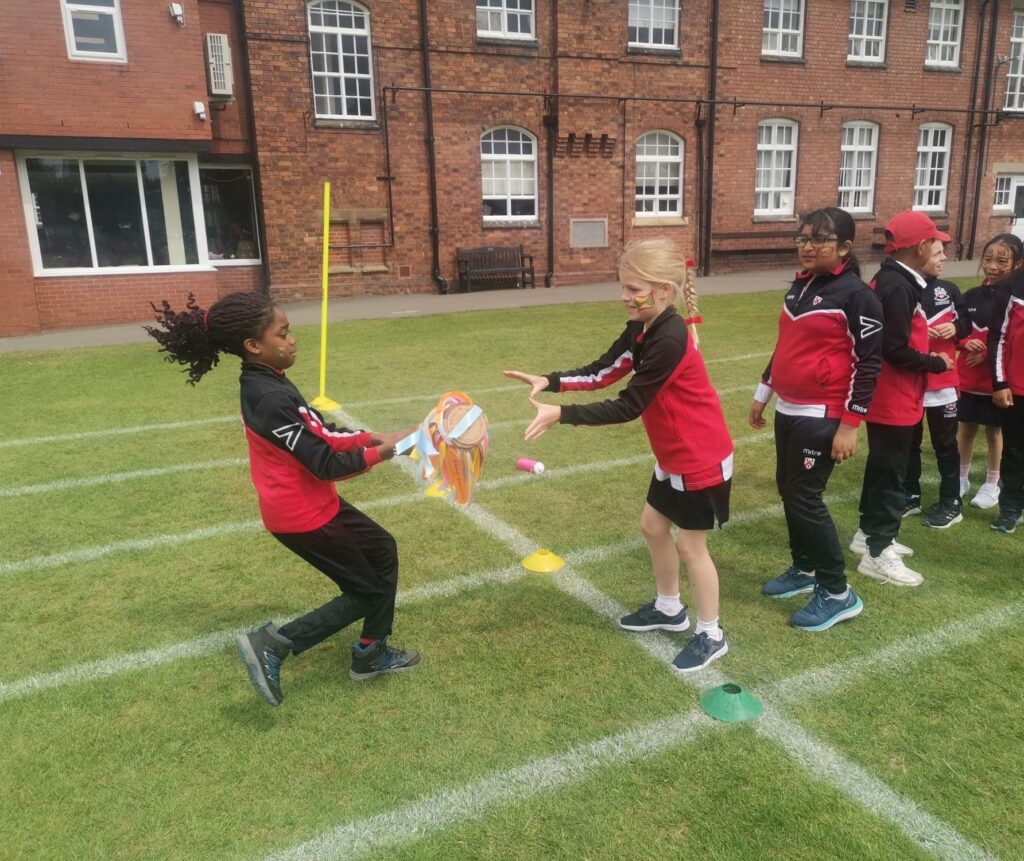 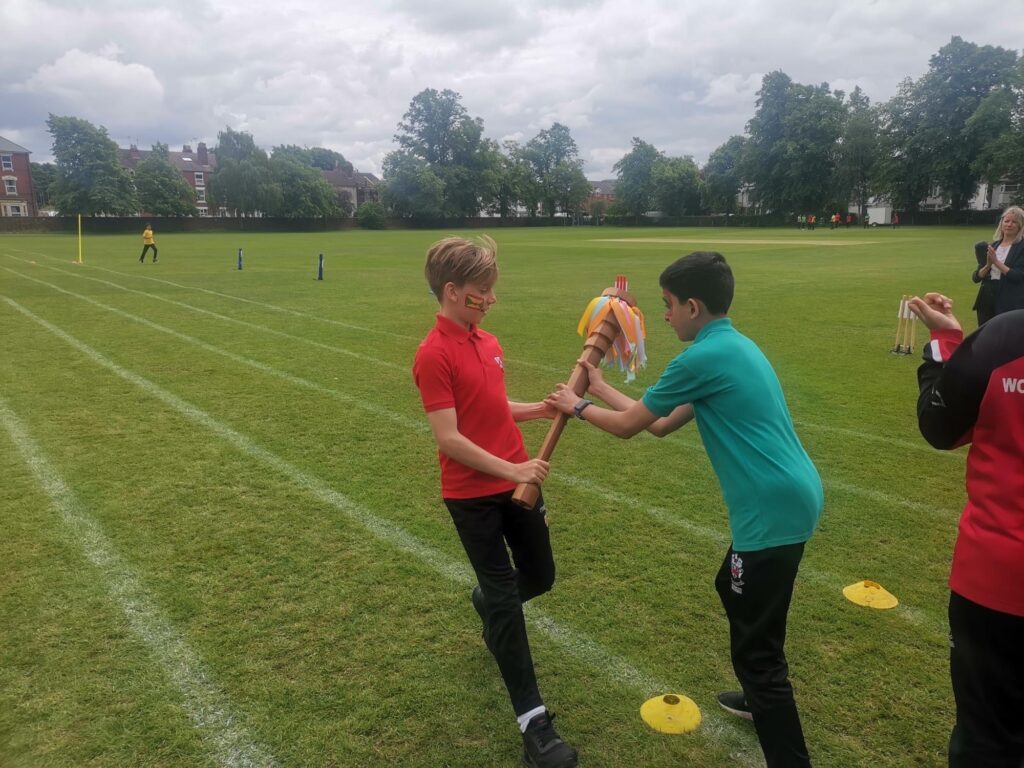 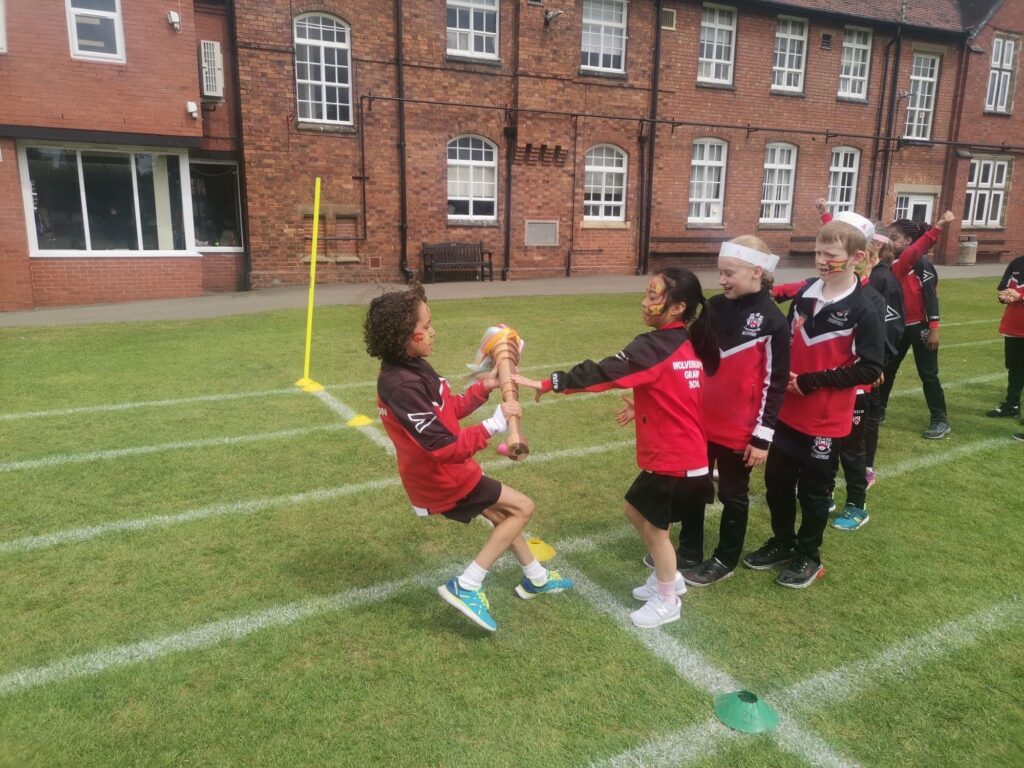 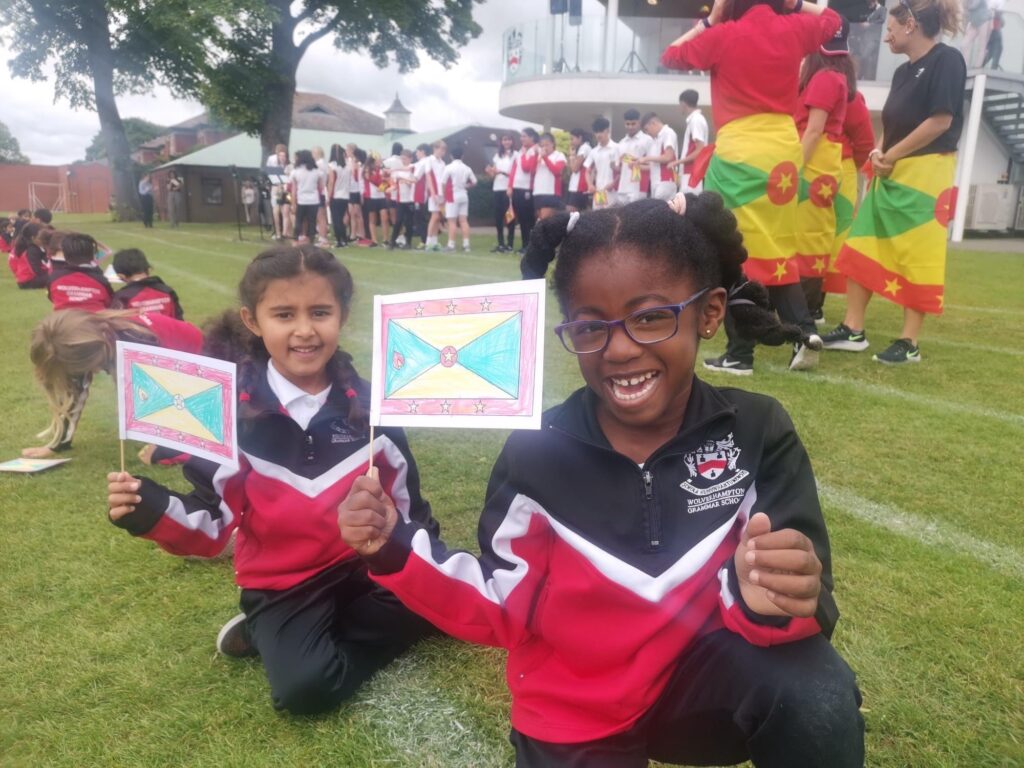 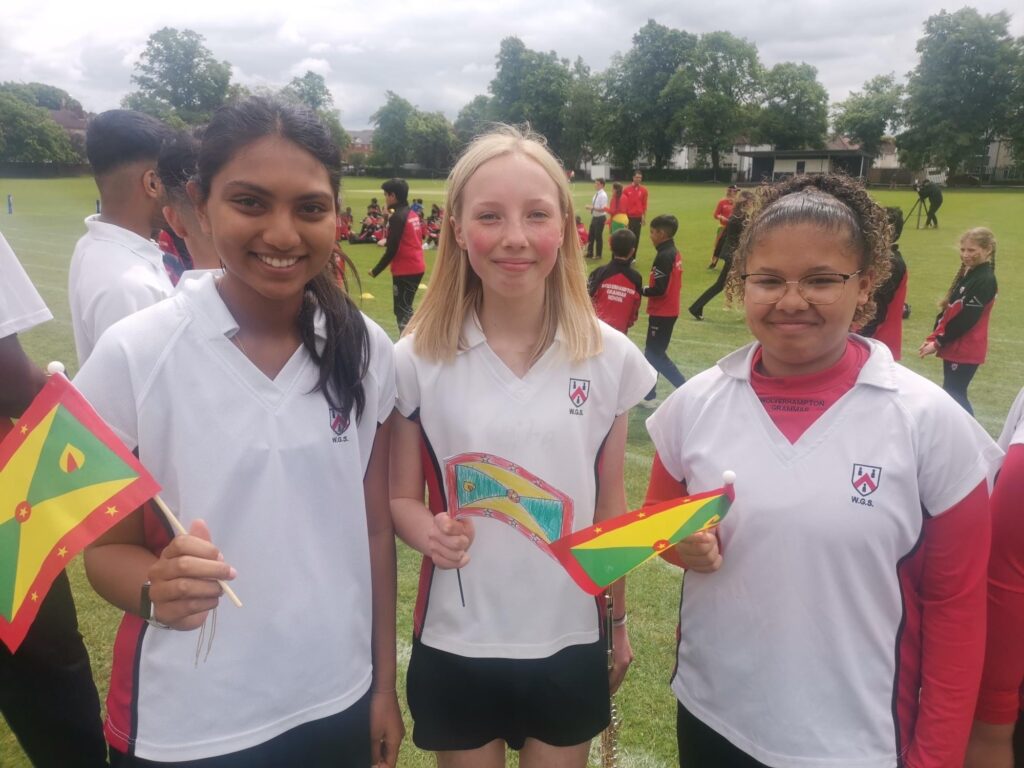 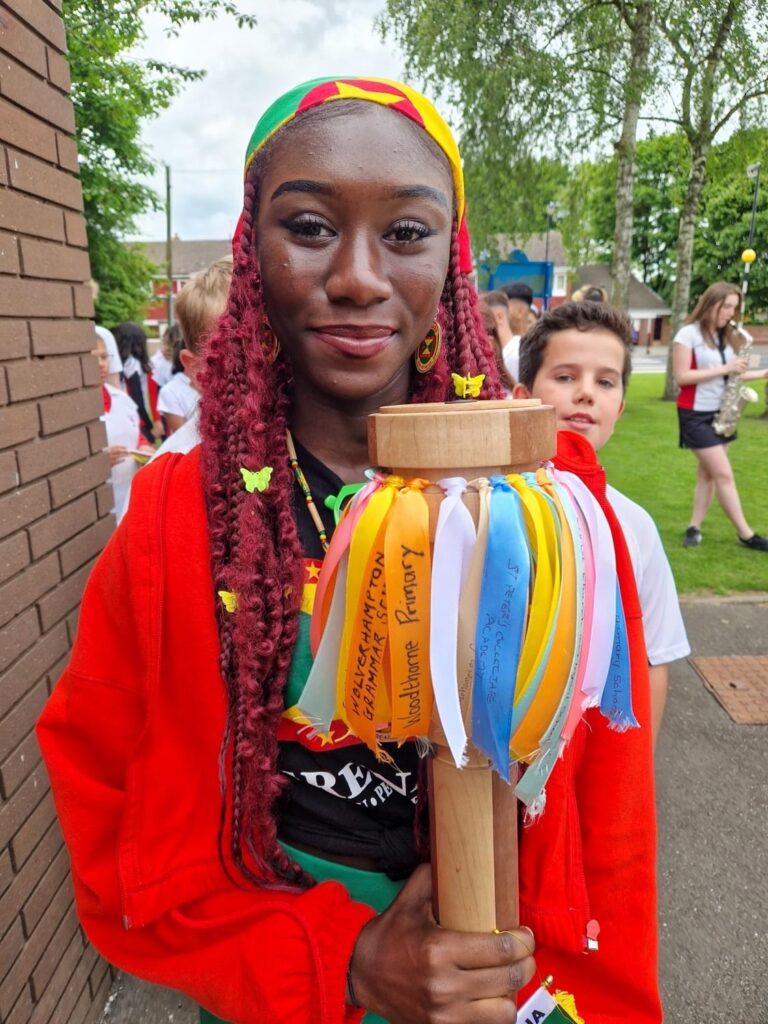 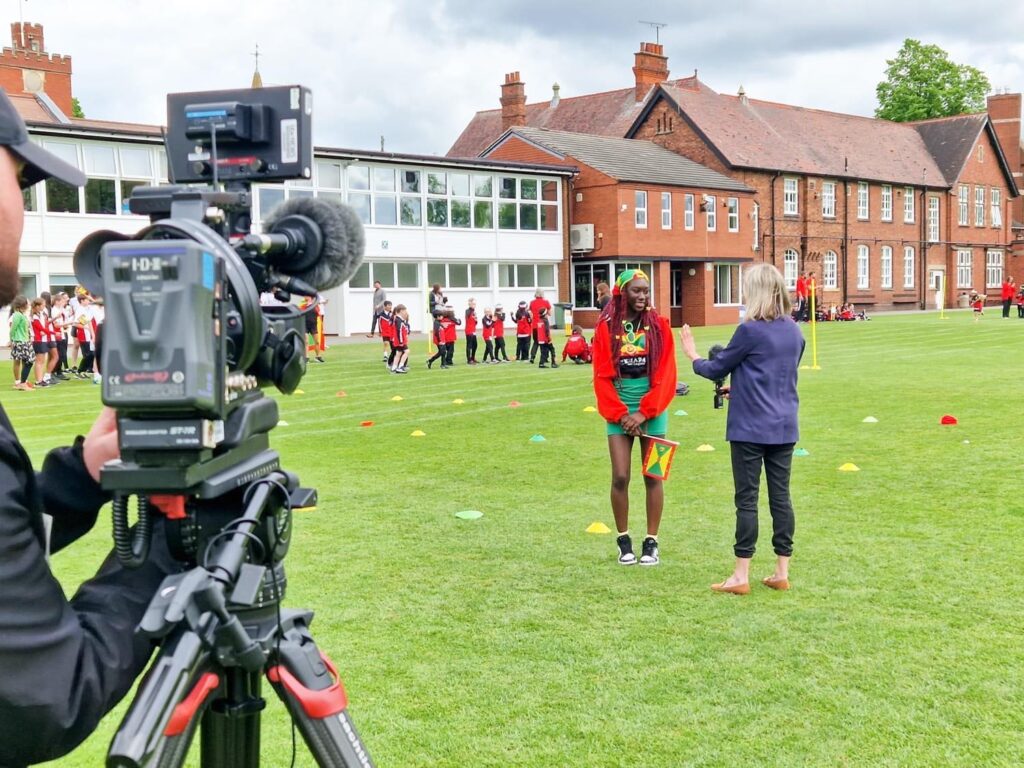 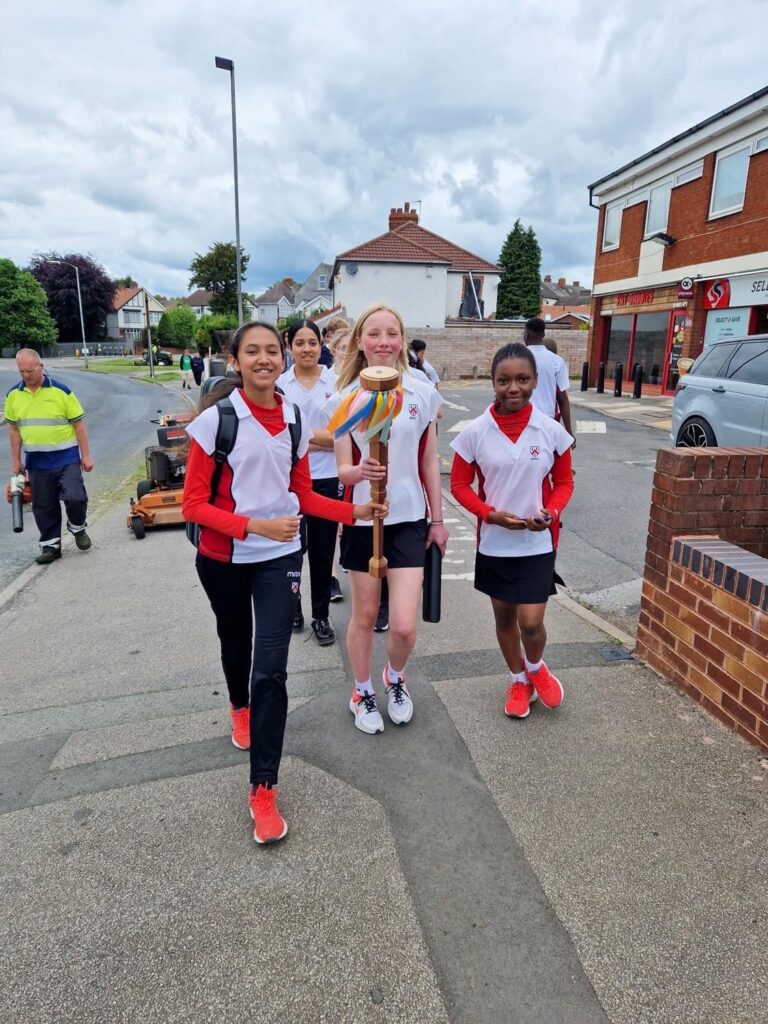 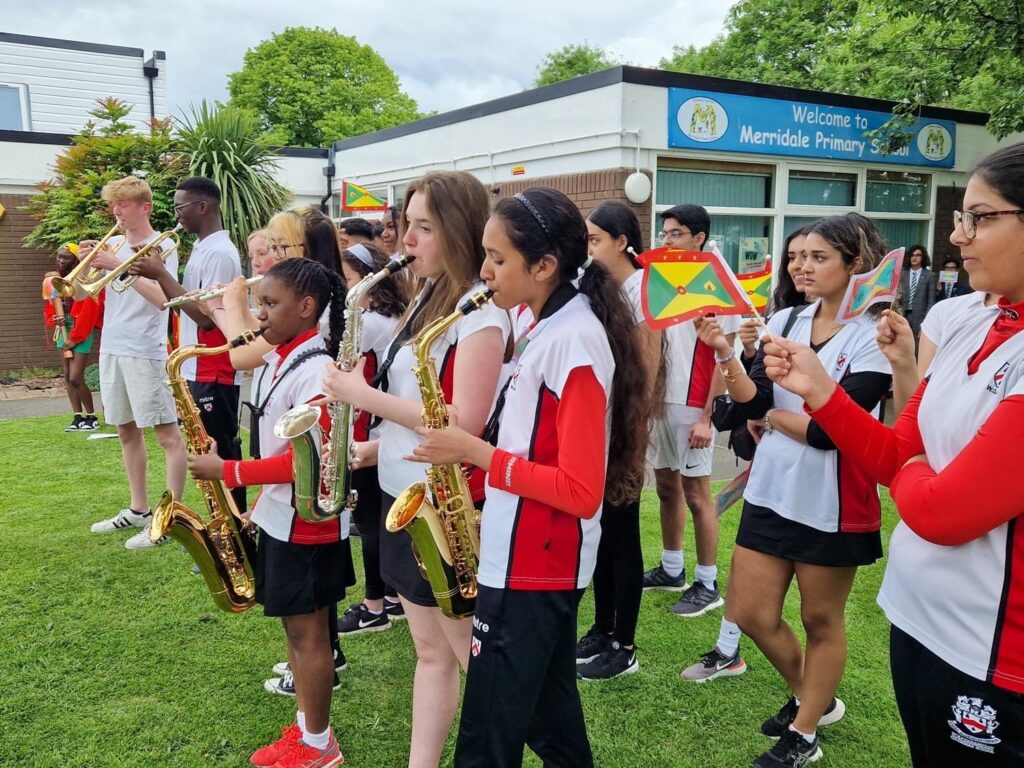