Wolverhampton Grammar School’s campus is currently closed to students, parents and visitors. The School continues to provide childcare support for vulnerable children and children of key workers. We continue to follow government guidance and our students continue to learn from home for as long as restrictions remain.

Interested in joining our School? Our Admissions team are available to answer any questions you have. Simply email admissions@wgs-sch.net or telephone: 01902 422939 and we will be in touch. 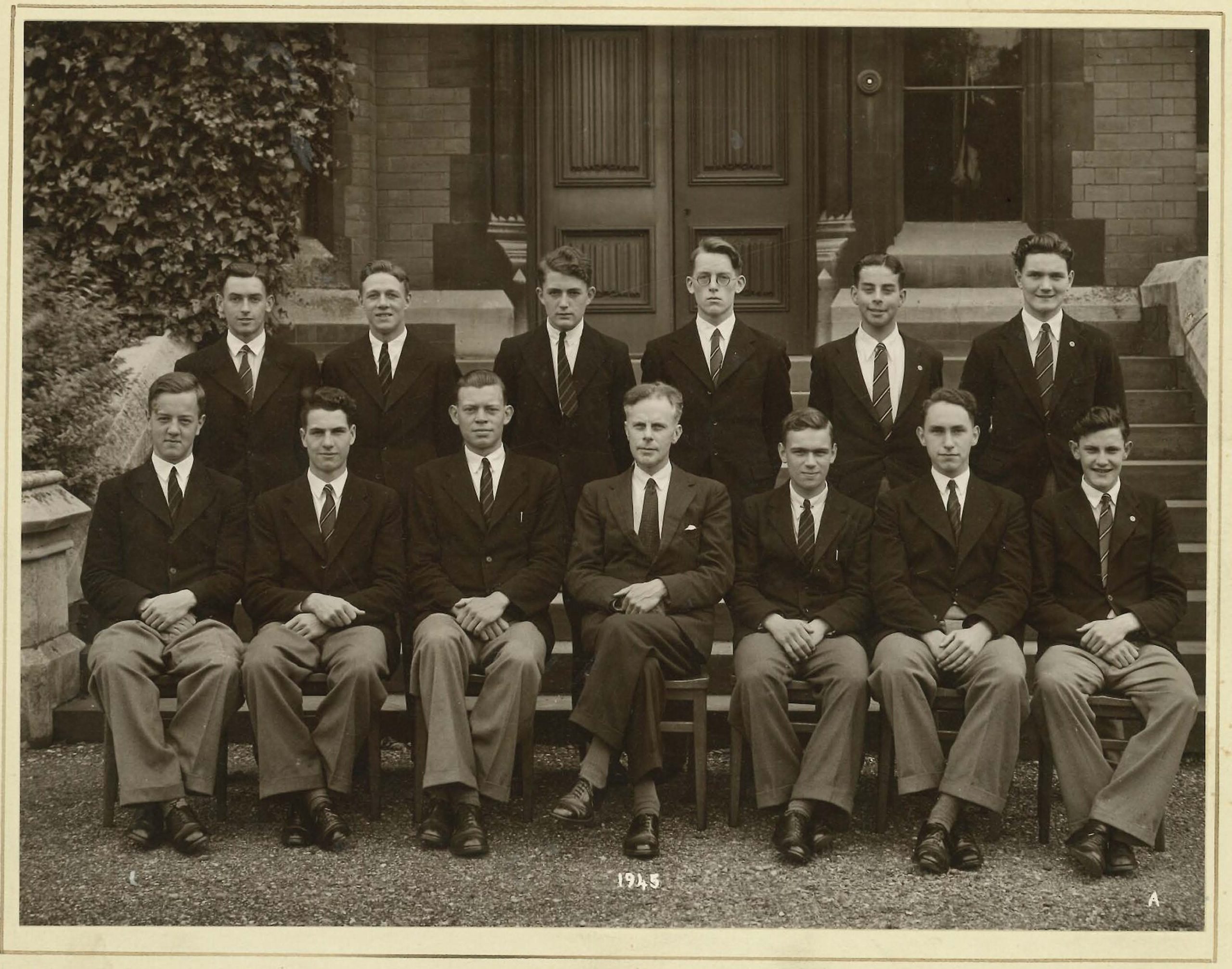 Featured below is the Editorial, which appeared at the front of The Wulfrunian in July 1945 …

“It is difficult to write our customary opening, with the knowledge that this is our first issue since peace in Europe was declared. Difficult, because one feels that such a victory, such a universal sigh of relief, should be shouted down along great winds, hallooed by mighty trumpets, and beaten reverberate in the rhythm of huge drums.

But, unhappily, our task, like the Toastmaster’s, is merely to utter some appropriately banal introduction; to summarise small events trivially; and to whine peevishly of “lack of matter,” in a traditionally editorial fashion.

Yet, though our substance be negligible, and our style atrocious, the School is healthy and vital. It has come soundly through the War. Morale is as high as ever. Relaxation of disciplinary influences has brought no corresponding deterioration. School standards, academically and athletically, are the same; and we are at least doing our best to live up to them.

All this is good, goodness out of evil and death. For we must not forget (we are in no danger of this yet but Time obliterates, as well as heals), those who expended their energies and lives on our preservation. Some are still so doing; others, will shortly do likewise.

To all of them, and especially to that numerous cohort, our own Old Wulfrunians, we say with meaning, “God speed your mission, and your return! ”

School Director awarded MBE
Calling the Class of 2020!
Shaun finishes top at OW Golf Day
Alumni Art Exhibition – postponed to 2021
We use cookies to ensure that we give you the best experience on our website. If you continue to use this site we will assume that you are happy with it.OkPrivacy policy