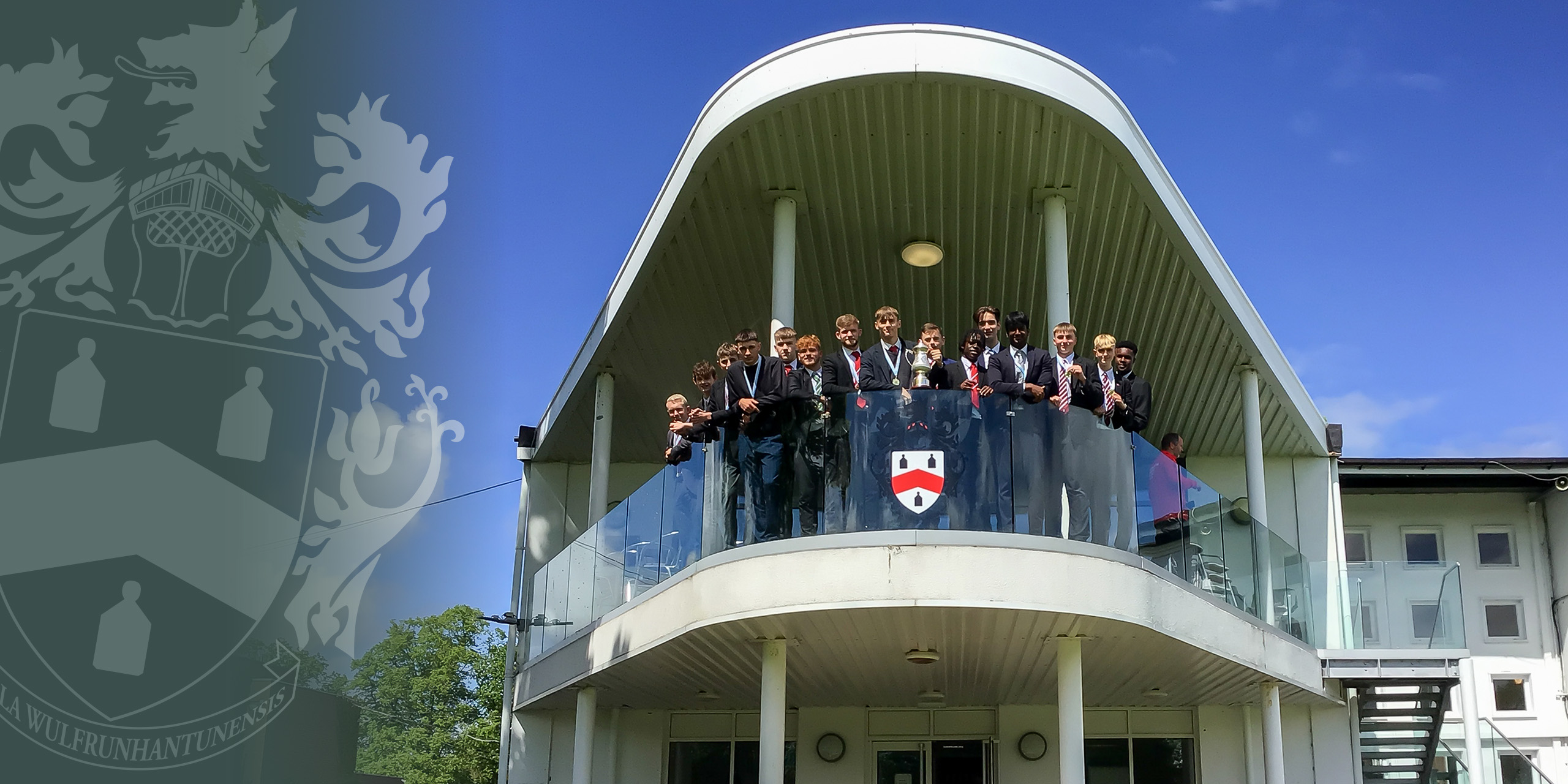 Congratulations to our 1st  XI football team who won the 2022 Wolverhampton Schools Football Association U19 Cup Final on Tuesday 10th May. They beat Heath Park 2-1 to bring home the Alan Thompson trophy.

Year 11 student Max was deservingly awarded Man of the Match; he scored the equalising goal and gave a solid performance throughout. In what was a typically tight match between the two teams, Heath Park scored first, and then missed a penalty on the stroke of half time, which proved vital. After the equaliser, under the strong leadership of skipper Tom, WGS grabbed a second and held on well.

This was a deserved victory, for a team that have battled hard throughout the season. The fixture list remains a challenging one, against the likes of Shrewsbury and Repton, and credit must go to all the boys that represented the team this year. John Johnson, who has seen so many senior teams over the years, said of this year’s squad, “They have been a pleasure to work with. It has been so encouraging to see a group wanting to learn and improve, and they should be proud of what they have achieved”.