A Christmas carol composed by former student David Hughes is in the final of the BBC Christmas Carol Competition.

Since retiring four years ago, he has returned to his musical interests, singing in the Birmingham Bach Choir and playing jazz piano with the Big B Swingtet at The Trumpet in Bilston. 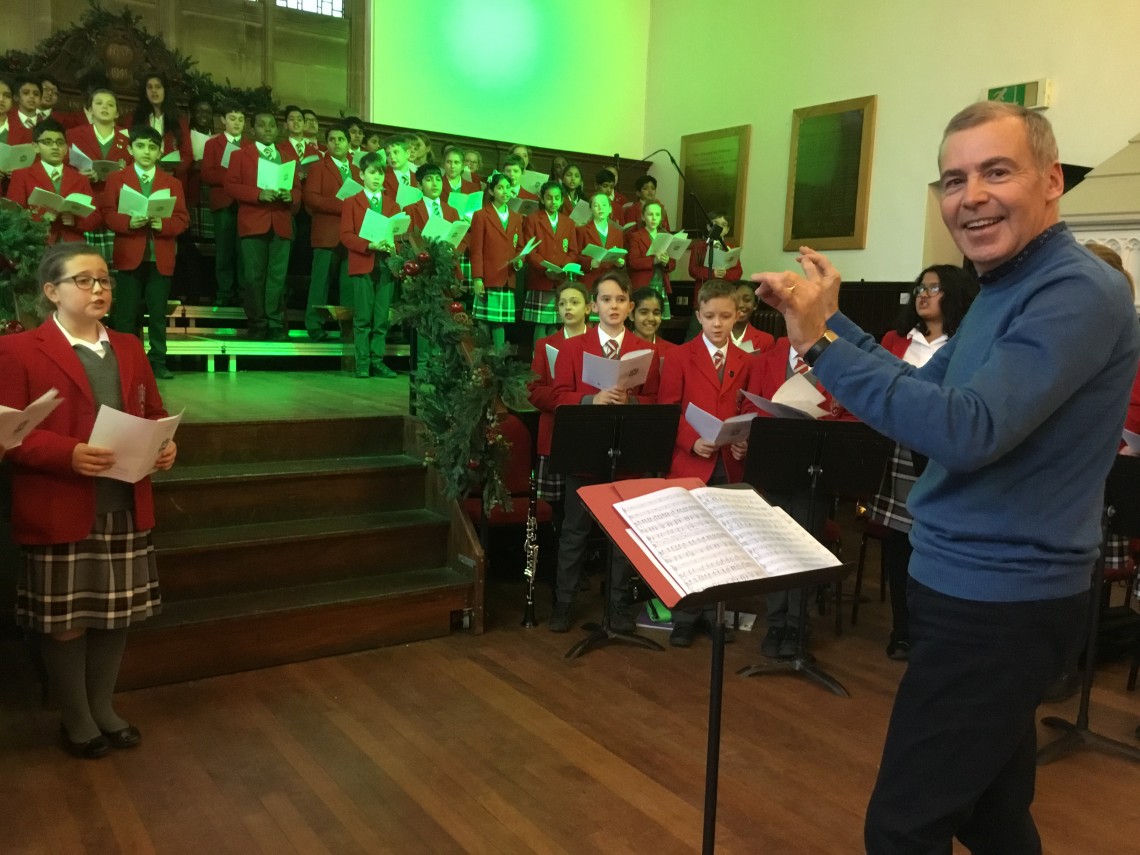 David explained “The BBC runs a Christmas Carol Competition each year, and this year challenged amateur composers to write a 21st century carol using the 15th century poem Sir Christemas. I decided to have a go, and was thrilled that my carol was chosen as one of the final six by the distinguished panel of judges including the composer Judith Weir, Master of the Queen’s Music, and David Hill, Chief Conductor of the BBC Singers”.

The winning carol will be chosen by a public vote. David’s carol and the other five (which also includes former Head, Bernard Trafford) can be heard sung by the BBC Singers here where the voting details can also be found.

Voting is open to everyone until 5pm on Thursday 21st December and the winning carol will be announced on the Radio 3 Breakfast programme the following day and also broadcast on Christmas Day.