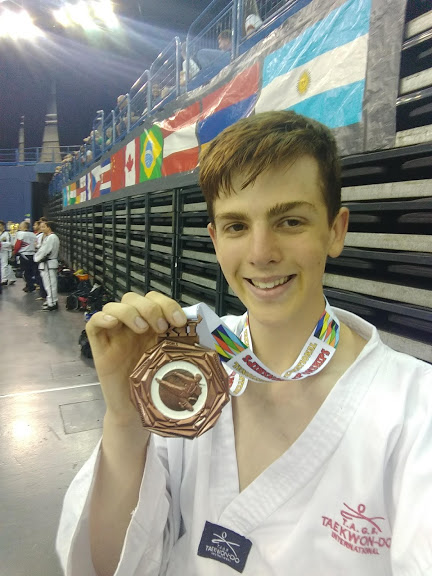 Congratulations to Lower Sixth student, Gillis Robbie who walked away with another haul of medals at the UITF English Taekwondo Championship in September.

There were over 400 people in attendance on the day and the competition fierce. Gillis demonstrated his skills in traditional martial arts and destruction categories.

Gillis won both destruction and special destruction becoming national champion for breaking two boards with side kick and jumping technique. He also won silver in sparring after he drew and the match went to a nail-biting thirty second extension where his competitor landed some on-point kicks to win. In the patterns category Gillis performed a very technical pattern which he will showcase later in the year with the hope of achieving his black belt and he was awarded bronze in a very competitive division.

Gillis’ other Taekwondo wins have included: