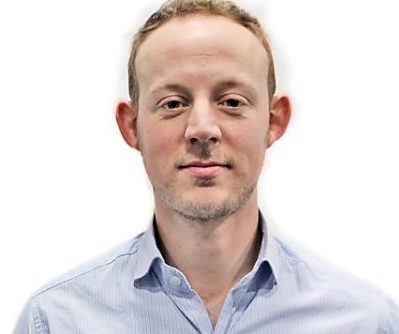 When it comes to business, sound advice can be hard to find. Whether you’re an entrepreneur, business owner, or organising a family budget, the first voice you hear in the morning can be essential to keeping you up to speed with what’s happening when you are on the go.

Former student Sean Farrington (OW 2001) has been dispensing expert business advice to the nation via his “Wake Up to Money” programme on Radio 5 Live and the daily business parts of BBC Breakfast. Sean’s accessible and understandable advice – two phrases you don’t often hear in the same sentence about business – has made him one of the “go to” people in the BBC.

Sean was at Wolverhampton Grammar School from 1994 until 2001, when he left to study Mathematics at Christ’s College, Cambridge University. He remembers fondly his first form tutor, Mrs Onac, and attributes his confidence to apply to Cambridge, largely to her influence as a maths tutor, along with the inspiration of Dr Neil Bradley, Dr Chris O’Brien and Graham Lewis. Who would have thought the boy who was pleased with Gold in the Junior Maths Challenge of 1994 would go on to be a primetime business presenter for the BBC?

But it wasn’t all plain sailing for Sean at School. He reflects on becoming a Prefect in the Sixth Form as “as much of a surprise to him as everyone else” and after years of failing to win a place in his age group’s football 1st team, Sean was named 3rd XI captain, ensuring all the hard work on the playground and down The Valley did indeed finally pay off!

The boom in financial services led to many Maths graduates working in the City, and Sean was one of them, if a little reluctantly. After five years working in an investment bank, he made the decision to quit the industry and retrain as a journalist, having spent two years volunteering in hospital radio in his spare time.

In 2010, after a Broadcast Journalism MA at City University, Sean joined the BBC’s Business and Economics Unit as a producer on the Today programme. Sean was in the first wave of staff to move to the new Salford headquarters in 2011, and he lives there in Manchester today.

Sean still has strong connections with the City of Wolverhampton. In his words, “most importantly, my loyalty to Wolves is finally being repaid after almost 30 years of having a season ticket with my mum”.

We are honoured to welcome Sean back to Wolverhampton Grammar School in July 2020 when he will be meeting students and presenting prizes at Senior Prizegiving.