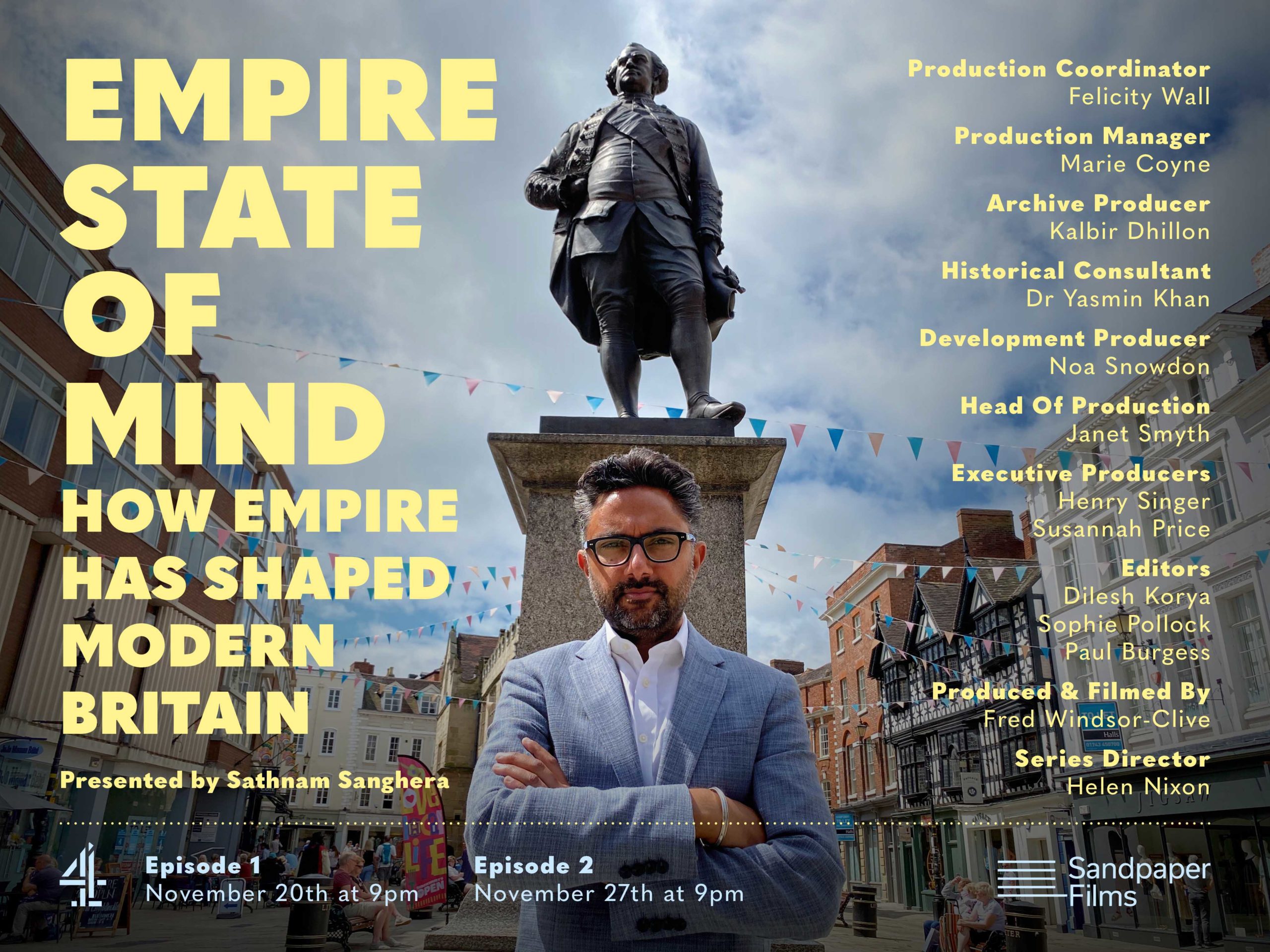 Times journalist and author Sathnam Sanghera (OW 1995), came back to the School in the Summer term to film elements of his forthcoming television series ‘Empire State of Mind’, based on his bestselling book ‘Empireland’.

Released last year, ‘Empireland’ featured in our 2020 edition of Wulfrunian. In the book, Sathnam demonstrates how so much of what we consider to be modern Britain is actually rooted in our imperial past. The British Empire ran for centuries, covered vast swathes of the world and is fundamental to understanding Britain today – yet empire is still a subject often hidden from view and obscured in school history books.

Notably during his visit, Sathnam held a discussion with members of our Prefect team (pictured) and met Dr Bernard Trafford, who was Headmaster of Wolverhampton Grammar School at his time in the School. Much discussion was had about the themes in ‘Empireland’, how the topic fits into the school curriculum and the wider discourse of Imperialism. 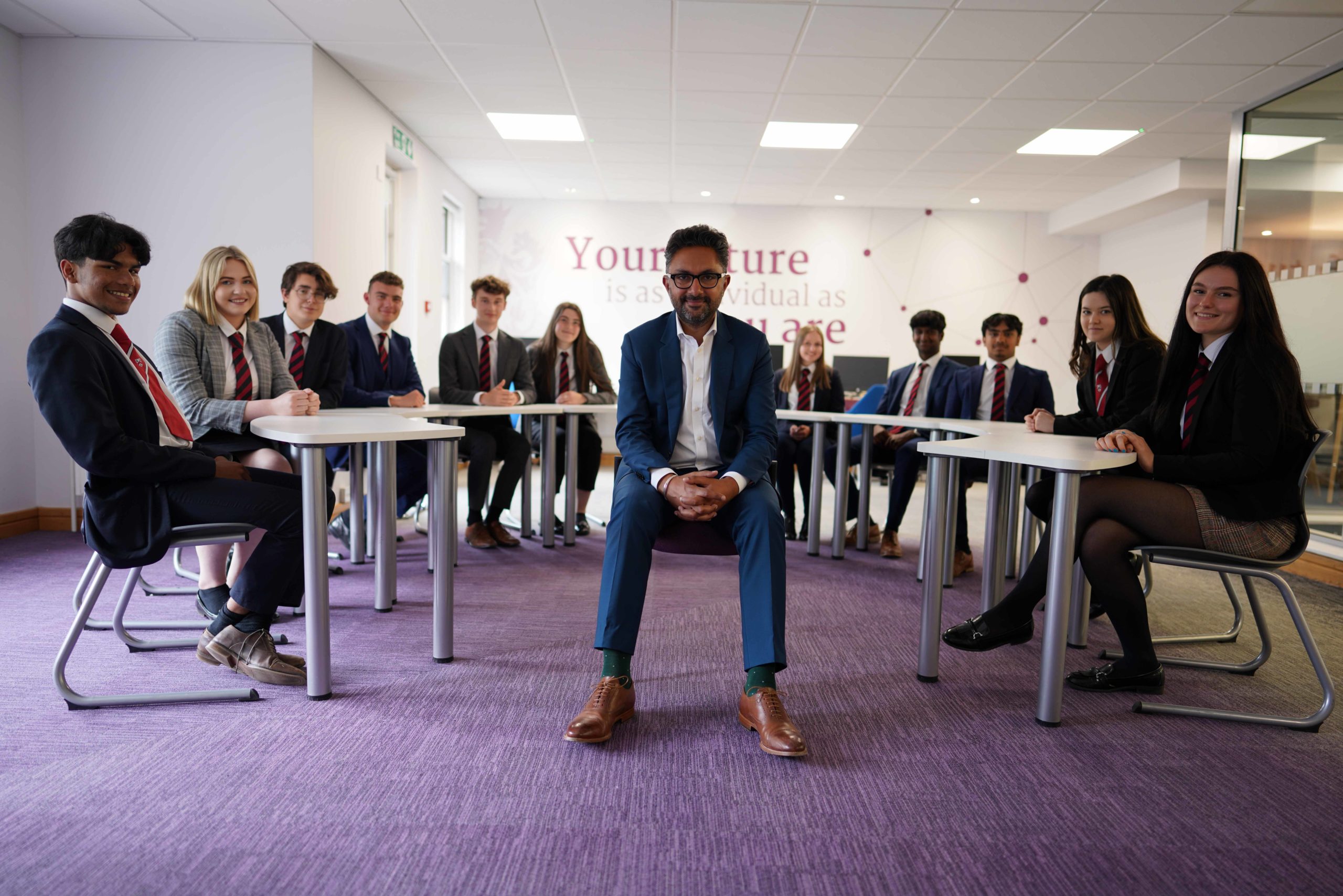 The series, ‘Empire State of Mind’, is being shown in two parts on Channel 4, starting this Saturday 20th November at 9pm and concluding on Saturday 27th November at the same time. There is no doubt that Sathnam’s exploration of how imperialism has shaped modern Britain, how this affected his upbringing in Wolverhampton and plenty more besides will be as fascinating and thought-provoking on screen as it is in the book. The School features mainly in the second episode but both episodes promise to inform, entertain and stimulate discussion.