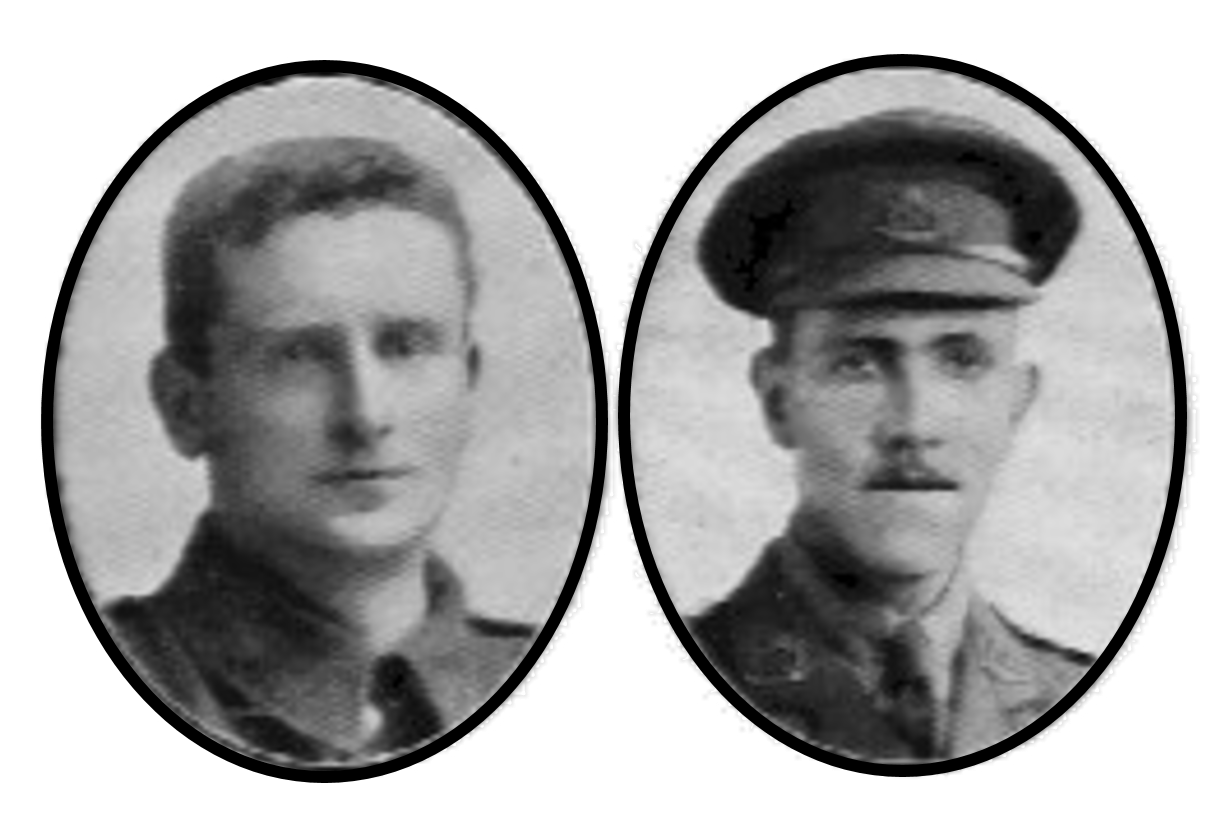 Wolverhampton Grammar School pays tribute to all Old Wulfrunians who have given their lives in the service of their country. In the First World War 105 former pupils and staff lost their lives; today we share with you the story of two cousins, Robert and Frederick Willcock, who both died in the Battle of the Somme. We invite you to watch the video below to learn more.

Robert and Frederick were first cousins, the sons of Henry Willcock, builder, and Frederick A Willcock (OW), chemist. Robert came to School in 1894, aged 8, and left in 1904; Frederick was here from 1908 to 1914. They both achieved the top grade (first class honours) in the Cambridge Senior Examination – the approximate equivalent of A Levels – Robert with distinction in Religious Knowledge and Frederick with distinction in French and Latin. Both were prefects (at a time when progress up the School was determined by ability rather than age, Robert was a prefect for 4 years!). Both died in the Battle of the Somme, less than three miles apart and within a fortnight of each other, both are remembered on the Thiepval Memorial.

Henry Willcock’s firm built parts of the School still in use today – the Chemistry labs, Languages rooms (formerly Art and before that the Gymnasium) and Rooms 41 – 42 on the rear of Big School.

Robert excelled in sport. He was in first XI teams for both football and cricket from the age of 14 and eventually captained both. The Wulfrunian commented when he left “We cannot allow him to leave without recording that his achievements for the school in cricket and football have not been equalled by any other player within our memory”. His Wulfrunian obituary mentions a match against Tettenhall College in 1903 when “our innings was declared closed with a total of 230 and not a wicket fallen, W R Lucas having scored 102 and Willcock 115, both not out”. In the match against the staff in 1902, he accounted for 8 of the wickets; his brother Edgar took the other two. In the athletic sports of 1903, Robert won the 100 yards. His athletic prowess was showcased when Arthur F Duffey, an American who was then the world record holder for the 100 yards and the 1900 Olympic Champion,  was present at School.  Duffey ran against Robert Willcock and Gibbons (who was second), giving them twelve yards start and winning by two yards in a time of 9.8 seconds, equalling his record time in England.

Robert became a corporal in the 14th Bn, Royal Warwickshire Regt. The battalion went to France in November 1915. On 19th July 1916, it took over trenches between Longueval and Bazentin-Le-Grand, then moved forward to a new line from the southern corner of High Wood. From here, it was to begin its first major attack at 10 p.m. on 22 July. When the soldiers left their trenches at 9:50 pm and spread out in readiness for the attack they met “overwhelming machine gun and infantry fire”. Eventually the troops were withdrawn to their original line. From the ranks, the battalion lost 36 killed and 195 missing, including Robert, with a large number of wounded.

Frederick joined the School contingent of the OTC (Officer Training Corps) soon after it was established in 1911, qualified in rifle shooting and signalling and was promoted to Sergeant in his final term. He was also active in the Debating Society and often volunteered for the more challenging side of motions, he seconded the motion that ‘Picture palaces exercise a pernicious influence on their patrons’, giving examples of films that ‘seemed to him incapable of doing any good’. This motion was lost by 20 votes to 12.

Frederick left at Christmas 1914 and was commissioned as 2nd Lieutenant on 30 January 1915. He joined the 8th Bn, South Staffordshire Regt, at Ypres in December 1915. On 16 February 1916, he is mentioned as Liaison Officer with the neighbouring regiment during an attack on The Bluff, south east of Ypres. The regiment was transferred to the Somme, and moved into trenches near Fricourt on the second day of the battle. It advanced northwards between Fricourt and Contalmaison. After a few days in reserve, the regiment was sent forward on 9 July and received orders to take Quadrangle Support Trench. The attack began at 11 pm, under sweeping machine gun fire from the direction of Contalmaison. The trench was taken, but the troops on either side did not advance, exposing them to fire. The Wulfrunian obituary says “The fall of all the other officers in his company left young Willcock in charge of the two leading platoons, and early in the morning, as he stood bravely on the parapet calling for reinforcements, he was shot dead.” He died two days before his 20th birthday.