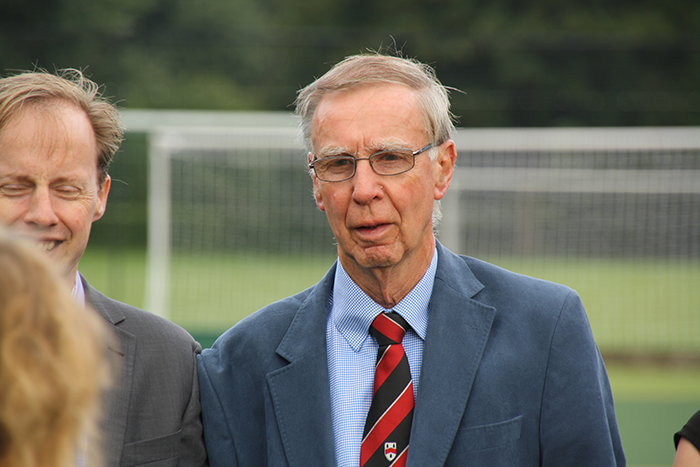 It is with great sadness that we share the news that Robert Purshouse, Old Wulfrunian and Director of our School has passed away.

Robert loved Wolverhampton Grammar School.  He was a student  from 1955 to 1962, following in the footsteps of his father and brother, and in turn, Robert’s sons also attended our School.

Head of Wolverhampton Grammar School, Kathy Crewe-Read said: “I don’t think I knew of a man who loved and supported our School more than Robert. Pupil, parent, alumnus, governor, generous donor, Robert epitomised all WGS has stood for and all we strive for now.”

“Robert held many roles – Director, Chair of our Finance Committee, critical friend, sportsman, but above all else a faithful advocate for our community. We are all feeling a great sense of loss.”

Chair of the School’s Board of Directors and personal friend, Philip Sims added “Robert brought such consistent dedication, commitment and vitality to our board but, above all, It was his wisdom and sense of humour which set him apart. Having worked closely with him throughout my time on the board I have particularly valued his personal support, wise counsel and ready wit. He has been such a tremendous servant of the School and a true ambassador and we shall miss him enormously.”

Robert was Secretary of the Old Wulfrunians Association (OWA), and as a veteran international hockey player, he played a formative role in the recent replacement of the School’s astro turf project.

After leaving Wolverhampton Grammar School in 1962, Robert read Law at Manchester University, qualifying as a solicitor in 1968 and becoming partner at Manby & Steward solicitors in 1970. Robert joined Manders PLC in 1975 and was promoted to Company Secretary soon after, he was also promoted to Personnel Director, Managing Director and Director of the main board.

Robert was surrounded by his family when he passed away on Easter Saturday.

The funeral will be held on Wednesday 18th April at 1.45pm at St Michael and All Angel’s Church, Tettenhall followed by a family only service at the crematorium. Guests are then invited to join the family at Wolverhampton Cricket Club. Donations in Robert’s memory to New Cross Hospital NHS Trust (Stroke Unit).