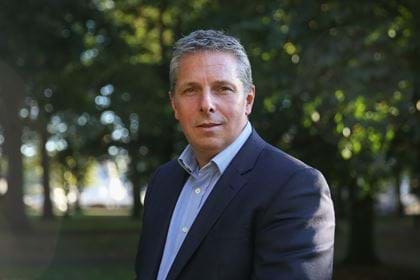 Congratulations to Old Wulfrunian, Richard Hawkes (OW 1983) Chief Executive of the British Asian Trust, who has been awarded an OBE for services to the Charitable Sector.

The British Asian Trust was founded in 2007 by the HRH Prince of Wales and a group of leading, British Asian business people. The charity’s mission is to relieve the hardship of poverty for millions of people in South Asia.

Richard joined the British Asian Trust as their first Chief Executive in 2015 and has held a number of senior positions, both in the UK and internationally in the not-for-profit sector, including: Scope, VSO and Sense International. Richard has also worked for the United Nations and has been Chair of sector bodies including the UK’s voluntary sector body on social care and also a member of the BBC Appeals Advisory Committee.

The British Asian Trust has four key focus areas; anti-trafficking, education, livelihoods and mental health and has also embarked on a project to tackle some of the great conservation issues that are prevalent in South Asia.

The Queen’s Birthday Honours list recognises people from a variety of fields, Richard is in good company with the likes of Sir David Attenborough and Mary Berry appearing on the list and also hundreds of ordinary yet remarkable and heroic people who have been a shining light in difficult times that the Coronavirus pandemic has ushered in.

Former students of Wolverhampton Grammar School are no strangers to the Queen’s Birthday Honours list, with Old Wulfrunians earning MBEs and OBEs in recent years.

Are you a former student of Wolverhampton Grammar School? Update your details here to make sure you hear the latest news from your School.