Wolverhampton Grammar School partners with a range of local, national and international organisations to deliver a rigorous education both within the classroom and outside the school. These associations include the prestigious Merchant Taylors’ Company where our founder, Sir Stephen Jenyns, was twice elected Master.

The Merchant Taylors’ Company organised a photography competition during the Autumn term which encouraged students from associated schools to take a photo around the theme, Hope. Winners were announced in a Junior, Senior and Staff category.

Congratulations to Edoardo Candido whose piece ‘Overcoming challenges’ was announced as the winner and Fran White who was announced as runner up in the Senior category for her piece, ‘Renewal’. 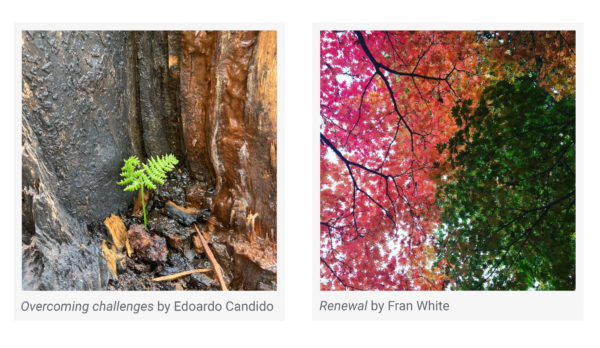 Their photographs were exhibited at Merchant Taylors’ Hall in the City of London throughout December.