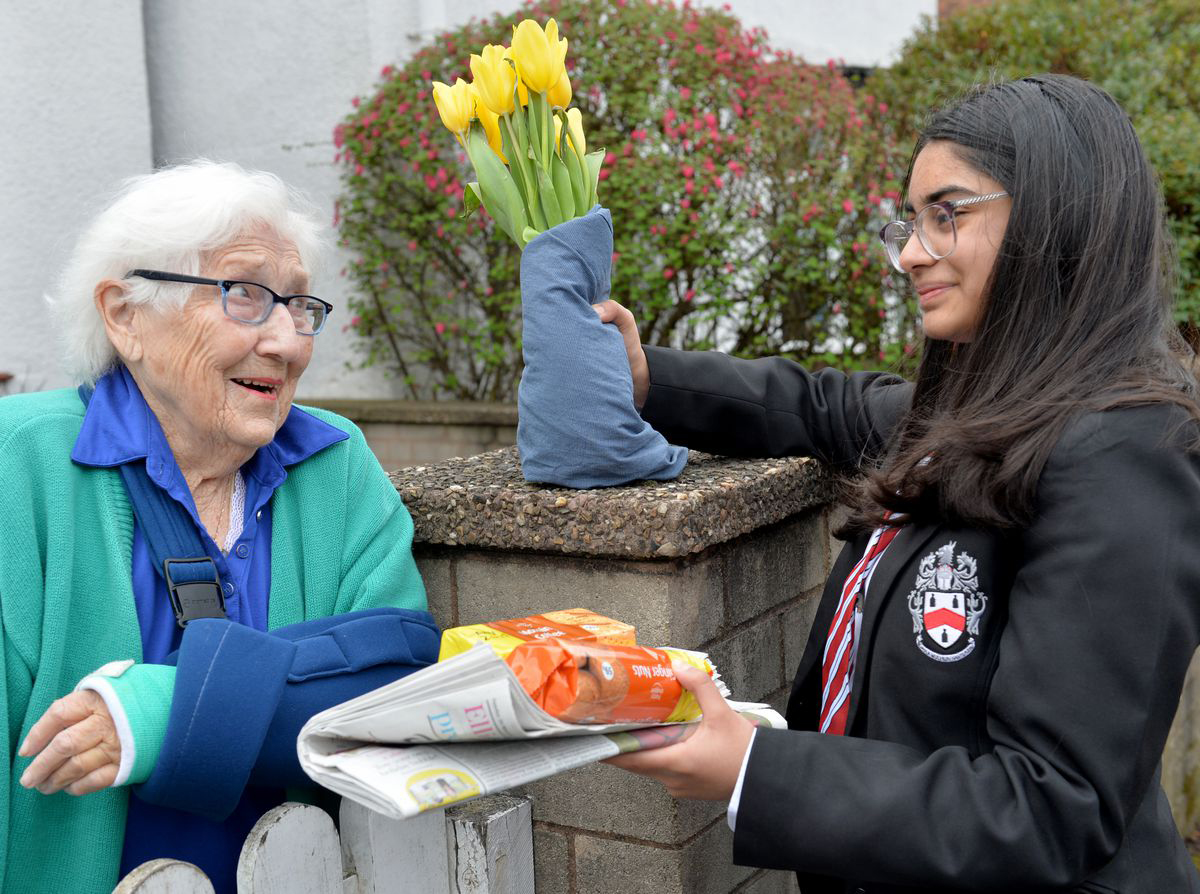 The owners of a Wolverhampton shop have been going above and beyond for a couple in their 90s, delivering essentials daily and even sending flowers when the wife broke her wrist.

Paul Kumar and Usha Kumari, owners of Paul’s Superstore on Penn Road, have been helping Robert, 93, and Patricia Hill, 94, by delivering essentials since the start of lockdown. Their daughter Divya, who is a student at Wolverhampton Grammar School, helps her father with the deliveries and at Christmas gave shortbread to all the elderly customers they have.

Usha said: “She does most of it, she goes with Paul. It was her idea to buy a Christmas present for elderly ladies in the community so she bought them shortbread. She is a bit different from my other two children, she’s a very sensitive child, I’m very proud of her.”

“They are elderly, when you’re in a situation like this it’s what you can do. I think what if my parents had been like this, as they’re in India. It’s a little way of giving back to society.”

Mr and Mrs Hill’s daughter Stephanie said: “They’ve been delivering the paper but when lockdown started they said if there was anything else they can do and since then they’ve been beyond kind for them. They have brought groceries every day, they’ve delivered the paper every day and have even gone to different grocery stores if their wholesaler couldn’t get something but more than that they’ve been a fabulous ally for me as I live in Bath.”

“In a world where we’re finding all sorts of horrors it’s so important to say thank you to the people who are being beautiful.”

Article by Jordan Reynolds, Senior reporter at the Express & Star.

Photography: Wolverhampton pensioner Patricia Hill has been getting support from Paul’s Superstore on the Penn Road. Pictured is Patricia with Divya Kumari, with supplies from her father’s store. Credit: Express & Star.