Will You Catch Me? by Jane Elson has won the first ever Wolverhampton Children’s Book Award organised by Wolverhampton Grammar School. 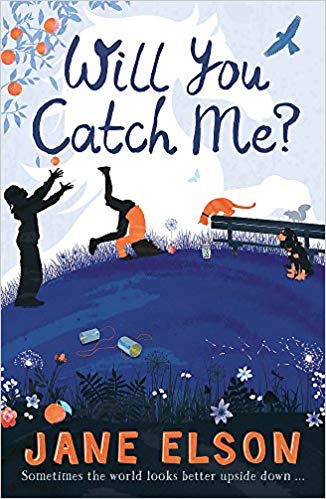 A heartwarming story about identity and courage, and a tremendous young girl who cares for her alcoholic mother. The author beat four other nationally acclaimed authors to take the title.

Jane Elson was overwhelmed with emotion as she collected the trophy from the Mayor of Wolverhampton. “I didn’t dare dream that I would win this award – thank you to every child from Wolverhampton who voted for me.”

Zoe Rowley, Head Librarian at Wolverhampton Grammar School and organiser of the awards added “We’re celebrating the very best children’s books published in the last year. This is a first for Wolverhampton and I am so proud of every single one of the hundreds of children from across our city who made their vote count.”

Children from across the city joined the finalists in an award ceremony at the School on Wednesday 6th February. 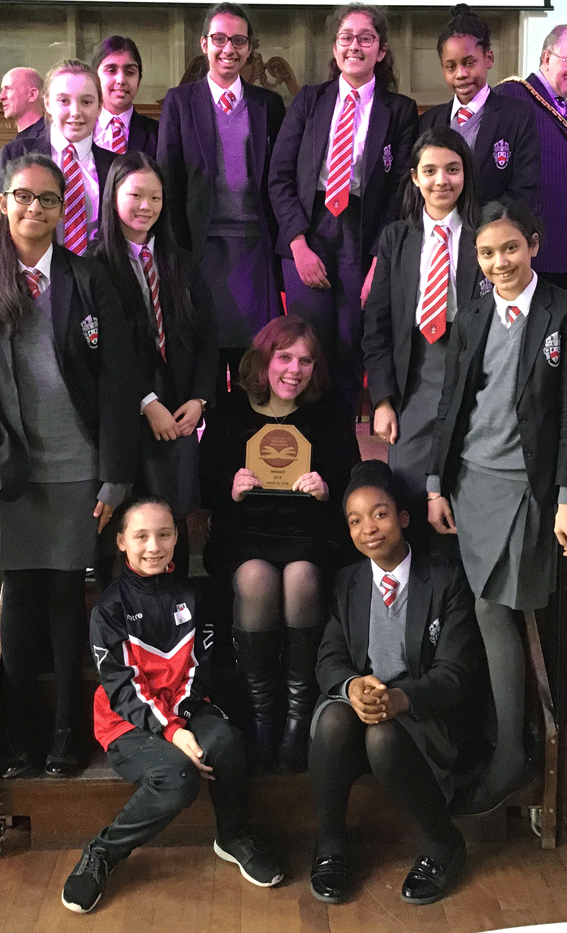 Jane Elson (pictured here with students from Wolverhampton Grammar School) is already an award winning author. After performing as an actress and comedy improviser for many years, Jane fell into writing stories and plays. A Room Full of Chocolate was her first book for children and won Peters’ Book of the Year and the Leeds Book Award as well as being longlisted for the Branford Boase Award and nominated for the Carnegie Medal. When she is not writing, Jane spends her time running creative writing and comedy improvisation workshops for children with special educational needs.

Children aged between 9 and 12 were eligible to vote for their shortlist of authors from a range of nationally acclaimed titles. Joining Elson as finalists were (and pictured): 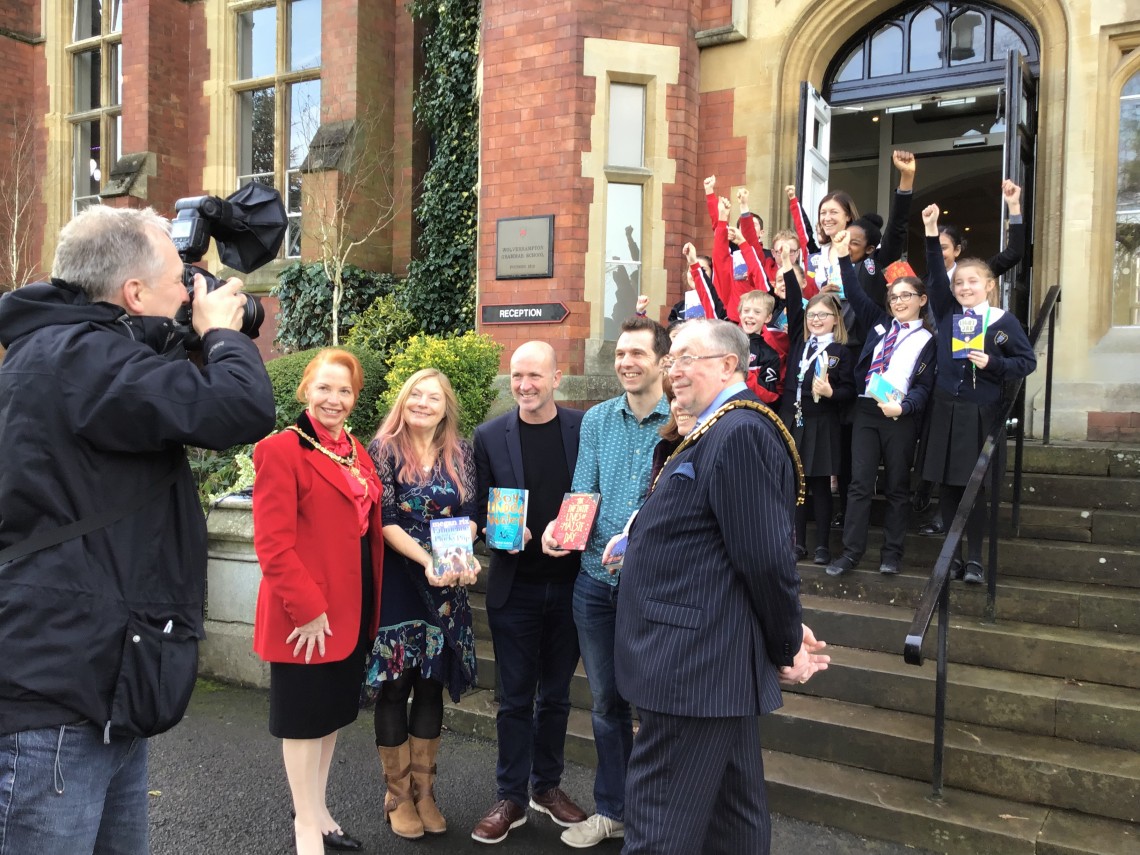 Christopher Edge – Christopher is an award-winning children’s author whose books have been translated into more than twenty languages. Christopher grew up in Manchester where he spent most of his childhood in the local library, dreaming up stories. His novel The Many Worlds of Albie Bright won several children’s book awards and was also nominated for the CILIP Carnegie Medal, as was his novel The Jamie Drake Equation, which was also selected as one of the best new children’s books of 2017 for Independent Bookshop Week.

Adam Baron – Adam is the author of five successful novels and has, in his time, been an actor, comedian, journalist and press officer at Channel 4 television. He now runs the widely respected MA in Creative Writing at Kingston University London. Adam lives in Greenwich, South London, with his wife and three young children.

The Light Jar by Lisa Thompson

Lisa Thompson – Her debut novel, The Goldfish Boy, was bought as part of a two-book deal with Scholastic (UK). It was published in the UK in January 2017, where it was a Waterstones Children’s Book of the Month and went on to become a bestseller.  The US version was published by Scholastic Inc in February 2017 and was given a starred review by Kirkus Reviews. The Goldfish Boy has been nominated for the Carnegie Medal, The Branford Boase Award and the Waterstones Children’s Book Prize. It has been sold to nine countries around the world. Before becoming a novelist, Lisa worked as a broadcast assistant for BBC Radio 2 and CPL Productions.

Emmeline and the Plucky Pup by Megan Rix

Megan Rix – Megan is the hugely popular author of animal adventure books set in the modern day and key periods of history, including the First and Second World Wars, the Great Fire of London and the Suffragettes fight for women’s right to vote. Having trained to teach children with learning difficulties and taught in the UK for a few years before heading off to teach in Singapore, her first book was published in 1997. An animal lover and dog-trainer, Megan draws inspiration from her own adorable assistance dogs Traffy, Bella and Freya.

Now an annual competition, the Wolverhampton Children’s Book Award is an opportunity for you to read a range of fiction and cast your vote. Look out for the next longlist of books for the next award to be announced later this year.

Want to get involved? Whether you’re a published author or a local school who would like to get involved, simply contact Zoe Rowley, Head Librarian at Wolverhampton Grammar School email zer@wgs-sch.net or tel: 01902 421326.