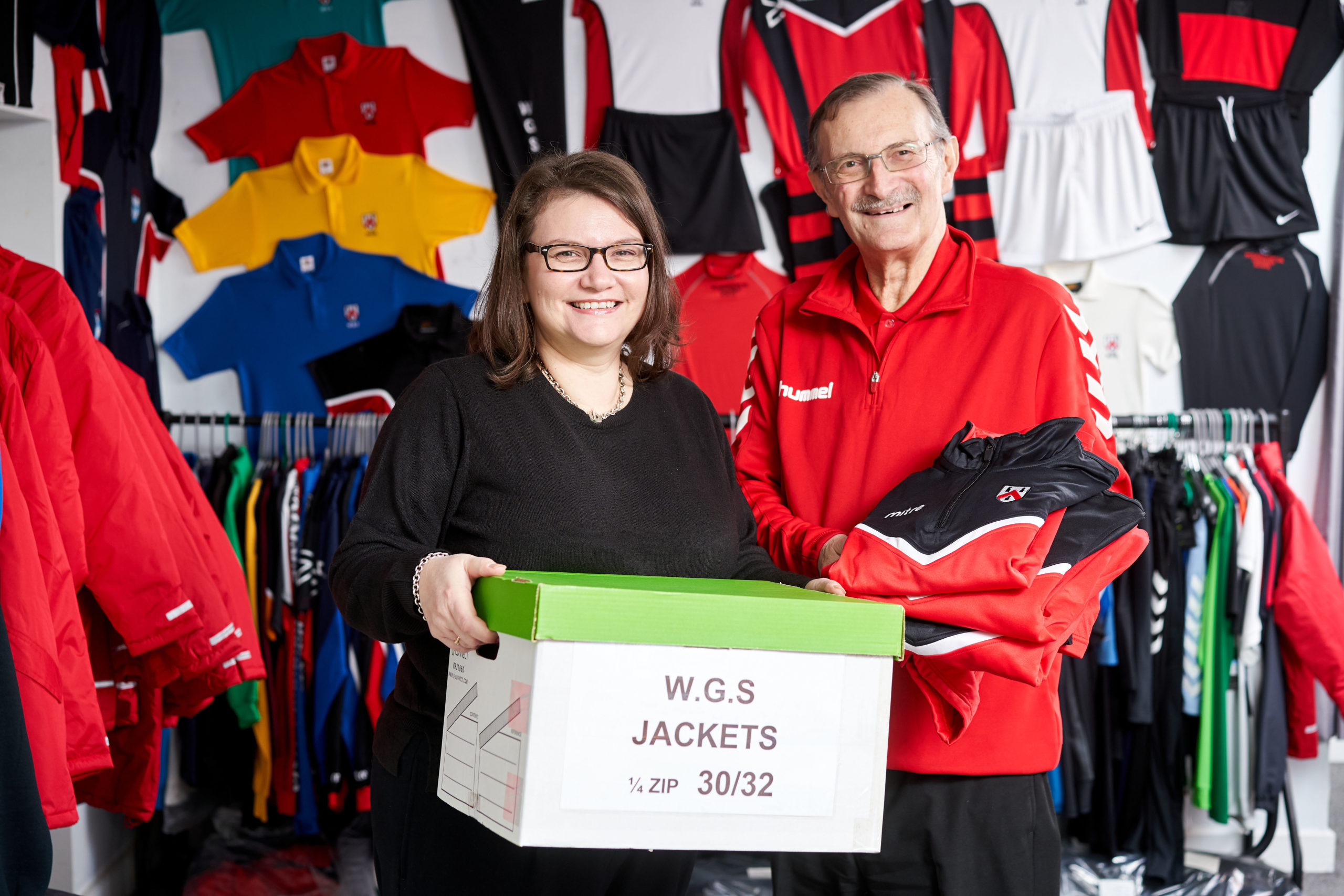 For over fifty years, John Slyde from Wolverhampton’s Premier Sports has been a familiar face for families of Wolverhampton Grammar School, supplying students and staff with sports kits: from football shirts, cricket whites, skirts, to Junior House t-shirts, and those reversible rugby jerseys with the stripe on the inside – which he invented!

John has always been a passionate sportsman but the requirement to wear glasses seriously hampered his chances of turning professional despite football and cricket trials, including a trial at Warwickshire County Cricket Club. Determined to be involved in sport John leapt at the opportunity to work for 1950s Wolves legend Jimmy Mullen in his sports shop and under Jimmy’s wing progressed from repairing leather footballs to managing the shop itself. Those were the days when football clubs sourced their kits from local retailers and John had the honour of supplying Wolves, Aston Villa and Walsall, amongst others, and in the process was able to count the likes of Sir Billy Wright, Stan Cullis and Derek Dougan amongst his acquaintances and close friends. In 1960, Wolves won the F.A Cup and for a week the trophy was on display in the shop window behind a single pane of glass, without shutters and only a single bolt on the door.

Upon Jimmy Mullen’s retirement, John and his wife Barbara took the plunge and went into business for themselves. They recognised how important their school clients were, especially Wolverhampton Grammar School and pulled out all the stops to establish themselves as the best in the business. Anyone who has the pleasure of speaking with John at his shop will know of the love he has for our School.

At 76, John is still working six or seven days a week, alongside his daughter Jacky, and he doesn’t plan on slowing down anytime soon. “People are too focused on age…but they’re only numbers, if you start thinking just in terms of numbers that’s how you’re going to end up, just a number.”

John has worked with some of football’s greats and even played with them in charity matches including Wolves 50s and 60s favourites Eddie Clamp, Norman Deeley and Gerry Harris, to name a few. John has only one regret in life, which is that he did not keep an autograph book.